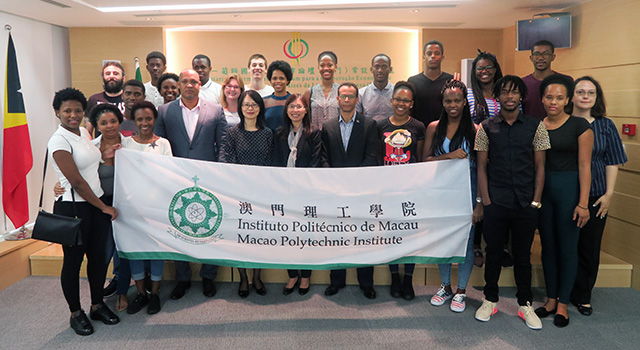 During the briefing, the members of Forum Macao encouraged the attending students to support the development of Macao as a platform for the training – via formal qualification – of speakers bilingual in Chinese and Portuguese, in order to deepen cooperation between China and Portuguese-speaking Countries.