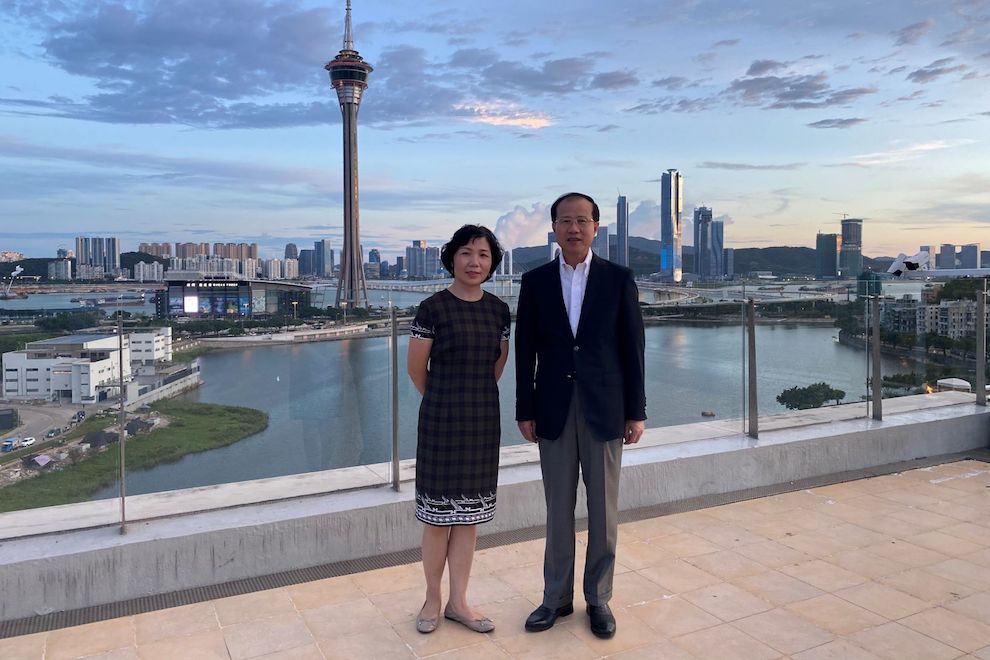 The Secretary-General of the Permanent Secretariat of the Forum for Economic and Trade Co-operation between China and Portuguese-speaking Countries (Macao), Ms Xu Yingzhen, has completed her term in Macao, and returned to Beijing on September 13.

Since taking office as Secretary-General of the Permanent Secretariat of Forum Macao, in July 2016, Ms Xu has presided over a series of high-level events held by Forum Macao, including the 5th Ministerial Conference of Forum Macao, and the celebration of the 15th anniversary of Forum Macao, while also actively taking part in the celebrations of the 20th anniversary of the establishment of the Macao Special Administrative Region (SAR). Ms Xu has constantly been committed to promoting Sino-Lusophone economic and trade relations, and to helping to build in Macao a Commercial and Trade Co-operation Service Platform between China and Portuguese-speaking Countries.

Prior to her return to Beijing, Secretary-General Ms Xu said farewell to, among other people: the top officials of the Liaison Office of the Central People’s Government in the Macao SAR; the representatives of relevant Macao SAR Government authorities; and the representatives, as accredited in the Macao SAR, of the diplomatic institutions of the Portuguese-speaking Countries. She also expressed her thanks to all sectors of society, for the enormous support given to the work of the Permanent Secretariat of Forum Macao.