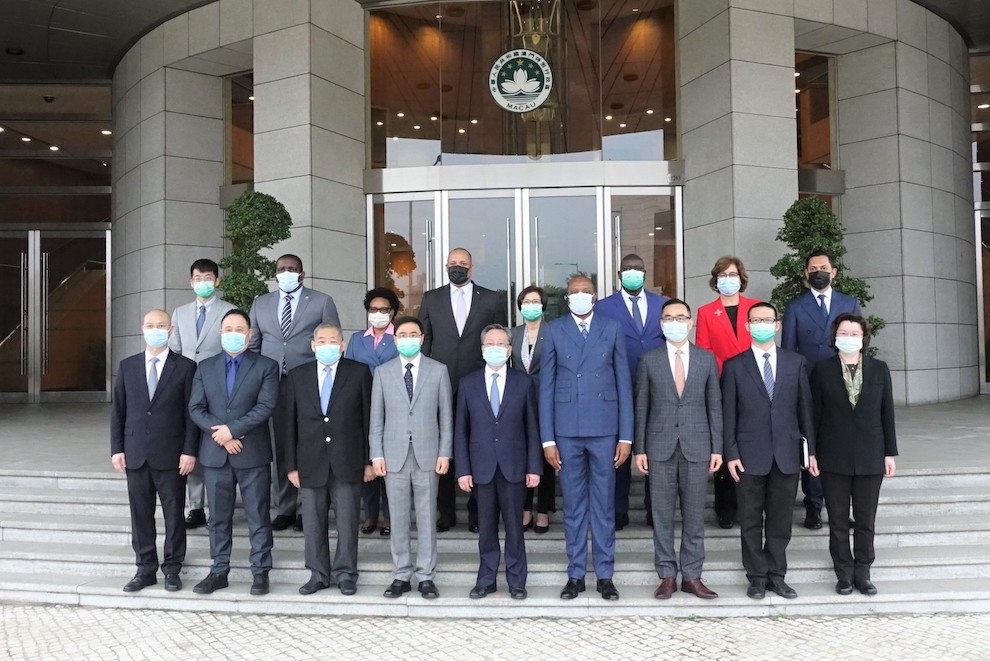 The Secretary-General of the Permanent Secretariat of Forum Macao, Mr Ji Xianzheng, paid a visit on March 21 to the President of the Legislative Assembly of the Macao Special Administrative Region (MSAR), Mr Kou Hoi In.

During the meeting, they discussed the main tasks and development path of Forum Macao.

Legislative Assembly President Mr Kou welcomed Mr Ji. The latter recently arrived in Macao to take up office as Secretary-General of the Permanent Secretariat of Forum Macao. Mr Kou delivered a presentation on the main functions of the Legislative Assembly, and said Macao’s legislature was willing to strengthen exchanges with the Permanent Secretariat of Forum Macao, in order to contribute together to the advancement of Macao’s role as a trade cooperation service platform between China and Portuguese-speaking Countries, and to support Macao’s development under the “one centre, one platform and one base” set of strategies.

Mr Ji additionally said there were plans to improve the work of the Permanent Secretariat of Forum Macao, so as to make best use of the support provided by relevant parties, in order to step up exchanges and cooperation in legislative matters between Mainland China, Macao, and the Portuguese-speaking Countries. He added that would provide overall support to the positioning of Macao as a cooperation platform between China and the Portuguese-speaking Countries.