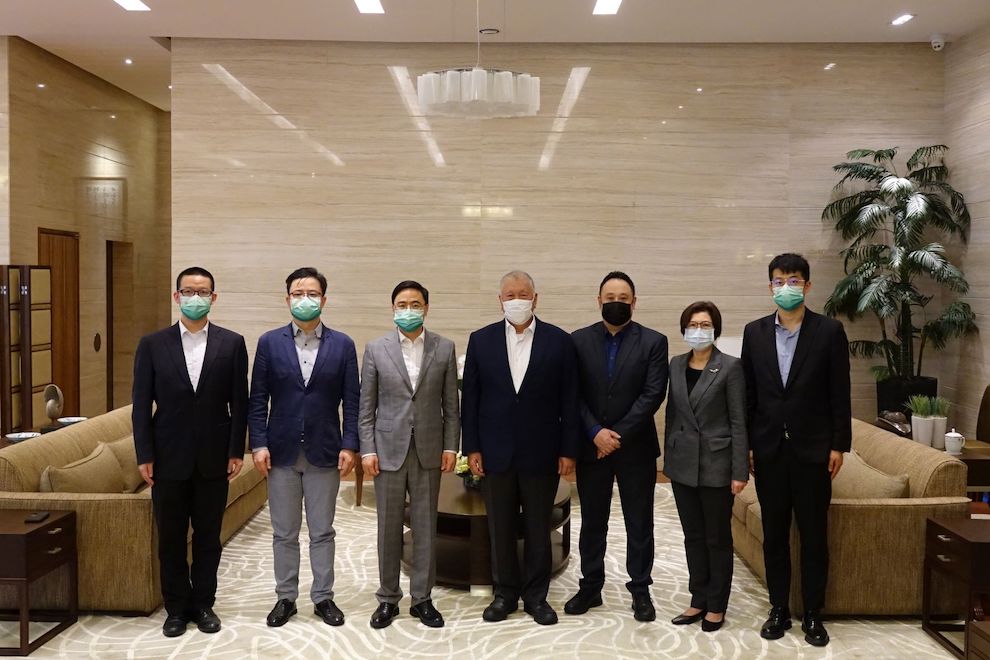 The Secretary-General of the Permanent Secretariat of Forum Macao, Mr Ji Xianzheng, met with the Vice-President of the Chinese People’s Political Consultative Conference, Mr Edmund Ho. It was to hear Mr Edmund Ho’s opinions on, and proposals regarding, Forum Macao’s development, and to discuss the work already carried out by the Permanent Secretariat.

The Secretary-General expressed his gratitude for the efforts made by Mr Edmund Ho in helping to set up Forum Macao, and for the continuous support given to its activities. Mr Ji also made a presentation regarding the short-term action plan of Forum Macao and its Permanent Secretariat.

Mr Ji said that, since its establishment 19 years ago, Forum Macao had carried out concrete action to boost economic and trade cooperation between China and Portuguese-speaking Countries, taking advantage of Macao’s role as a platform. This had been pursued – while being able to count on the support of China’s Central Government, and all sectors of Macao’s society – in order to contribute to the joint development of mainland China, Macau, and the Portuguese-speaking Countries. The Permanent Secretariat would continue to pursue its initial aspiration, with the aim of forming consensus, creating innovative working methods, and contributing to extending further the commercial and trade exchanges between China and the Portuguese-speaking Countries, while also supporting Macao’s economic diversification.

Vice-President Mr Edmund Ho welcomed the Permanent Secretariat’s delegation, praised the results achieved by Forum Macao since its establishment, and made suggestions regarding the body’s action plan. He highlighted the growing need to diversify the Macao SAR’s economy amid a global economy beset by the COVID-19 pandemic. Forum Macao already played an active role in advancing Macao’s role as a trade cooperation service platform between China and Portuguese-speaking Countries, and it should continue to make the most of the Central Government’s preferential policies for Macao in its long-term planning, said Mr Edmund Ho.

The Vice-President hoped that Forum Macao could make use of the city’s unique advantages, and the opportunities arising from the Guangdong-Hong Kong-Macao Greater Bay Area and the Guangdong-Macao Intensive Cooperation Zone in Hengqin. This would help Macao companies become more dynamic in promoting economic and trade cooperation between mainland China and the Portuguese-speaking Countries, as well as aiding exchanges between people and companies from Macao and the Portuguese-speaking Countries.