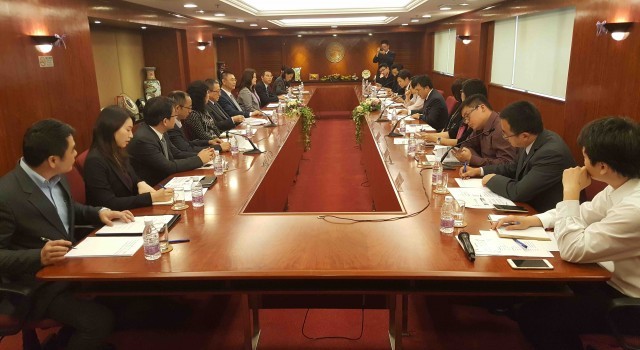 The Macao Chamber of Commerce organised a forum on April 27 for its members and other business people to discuss topics related to improving Macao’s role as a platform and promoting co-operation with Portuguese-speaking Countries.

Members of the Permanent Secretariat of the Forum for Economic and Trade Co-operation between China and Portuguese-speaking Countries (Macao), also known as Forum Macao, participated in the meeting.

Representatives attending the forum exchanged views about the challenges in developing closer co-operation ties with Portuguese-speaking Countries, namely hiring professionals with appropriate qualifications and getting access to financing.

The Deputy Director-General of the Liaison Office of the Central People’s Government in the Macao SAR, Mr Yao Jian, attended the meeting. Ma Chi Ngai, Vice-President of the Macao Chamber of Commerce, was the moderator of the forum.