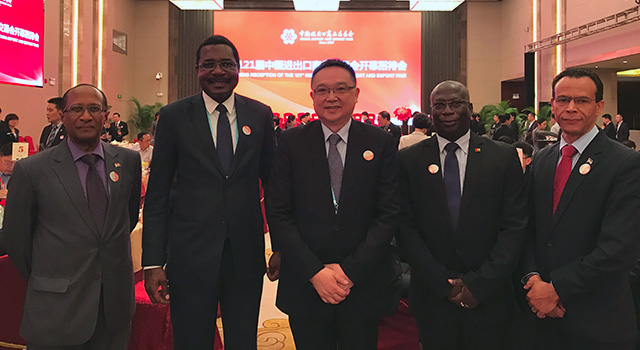 A delegation from the Permanent Secretariat of the Forum for Economic and Trade Co-operation between China and Portuguese-speaking Countries (Macao) – also known as Forum Macao – took part in the 121st Canton Fair, in Guangzhou, Guangdong Province, on April 14 and 15. Mr Vicente Manuel, Deputy Secretary-General of the Permanent Secretariat of Forum Macao, led the delegation.

Each year, the Permanent Secretariat of Forum Macao takes part in the Canton Fair, setting up a booth at the trade show with the aim of promoting: Forum Macao’s work; the business and investment environments of the Portuguese-speaking Countries; Macao’s role as a platform for economic and trade co-operation; and the joint development of companies from, respectively, Mainland China, Macao and Portuguese-speaking Countries.