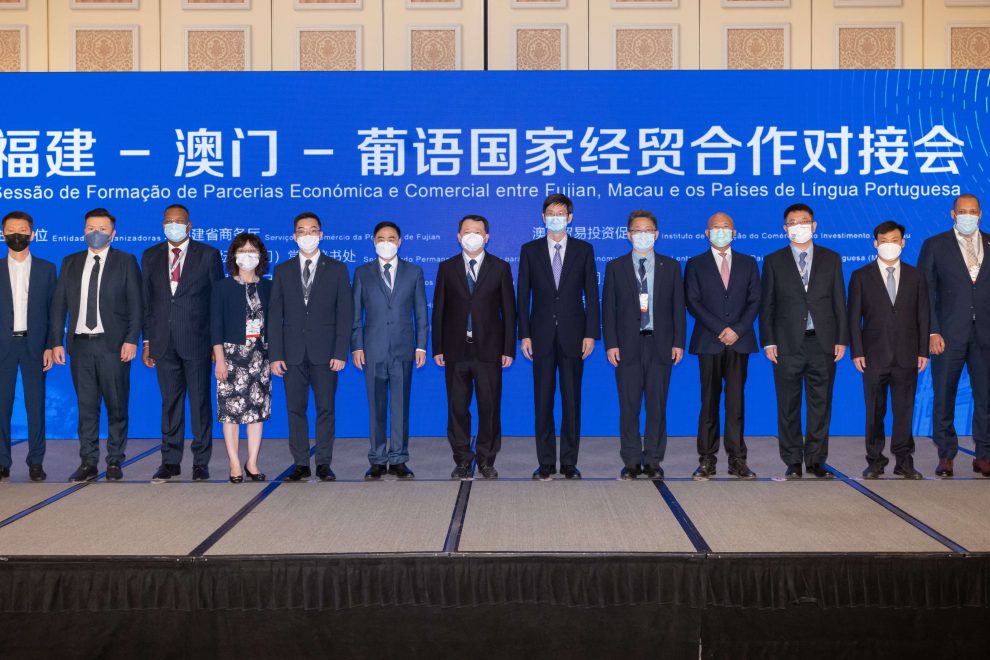 In his speech, Secretary-General Ji Xianzheng of the Permanent Secretariat of Forum Macao said that as a famous hometown of overseas Chinese, Fujian started trade and investment cooperation with PSCs early on in multiple areas such as electromechanics, minerals, fisheries and aquaculture. He encouraged Fujian and Macao, two cities that boast geographical proximity and close economic and trade partnerships, to leverage the strengths of the positioning of Macao as the “Commercial and Trade Cooperation Service Platform between China and Portuguese-speaking Countries”, adding that it would be promising if enterprises from Fujian and Macao joined hands to expand the markets of PSCs. He also noted the great importance attached by the member countries of Forum Macao to cooperation in the battle against the pandemic and common development in the context of the pandemic, saying that in the Joint Declaration released by the Extraordinary Ministerial Meeting of Forum Macao in April 2022, there was an emphasis on deepening cooperation in the fight against the pandemic, boosting economic and trade cooperation and fully leveraging the role of Macao as a platform. The Secretary-General also pointed out that the Permanent Secretariat will remain committed to further promoting exchanges and cooperation between Forum Macao and different sectors in areas such as economy, trade, and culture, by organizing conferences, exhibitions, training, pandemic prevention experience sharing sessions and visits to Mainland China and PSCs, adding that Fujian enterprises are always welcome to participate in such activities.

The Coordinator of the Liaison Office of the Permanent Secretariat of Forum Macao, Nuno Furtado, delivered a speech on behalf of PSCs at the promotion session. He said that within the framework of Forum Macao, PSCs have established close ties with Fujian province, noting that both sides have organized several promotion sessions on the business and investment environments of PSCs in Fuzhou and Xiamen. The strong economic complementarity between PSCs and China offers broad prospects for mutually beneficial cooperation. On this basis, he suggested that both parties strengthen exchanges and enhance coordination and cooperation in key areas of mutual concern in the future for the purpose of achieving common interests. He also expressed his expectation that Fujian could support Macao in the construction of the platform between China and PSCs in order to further reinforce communication, consultation, exchanges and cooperation between enterprises from PSCs and China.

Zontes confirms its debut in Brazil.