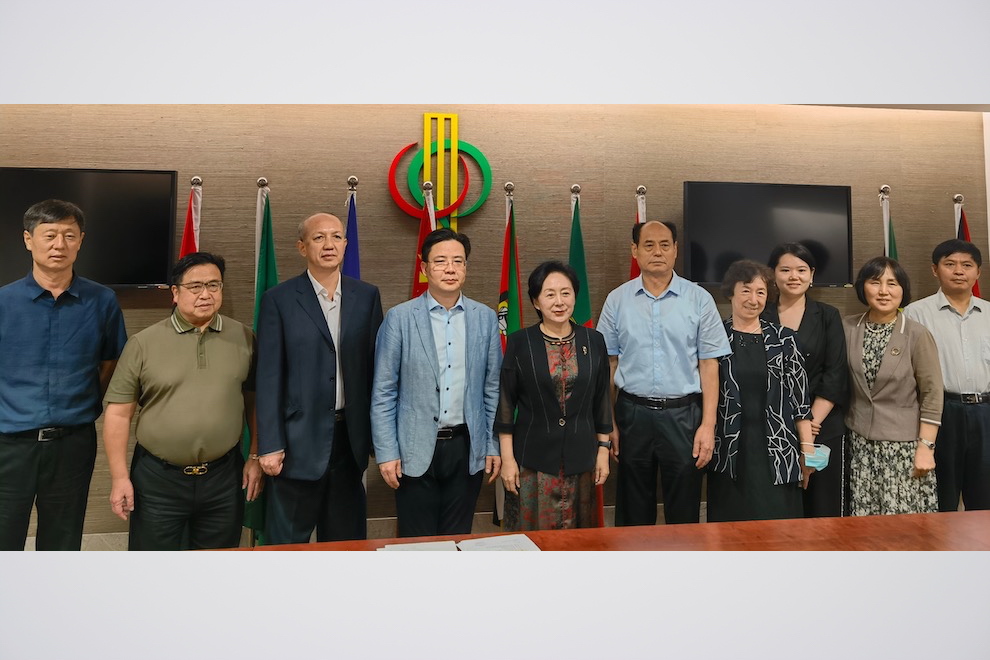 On July 29, Deputy Secretary-General of the Permanent Secretariat of the Forum for Economic and Trade Co-operation between China and Portuguese-speaking Countries (Macao), Mr Ding Tian, welcomed to the Permanent Secretariat of Forum Macao a delegation from the Jinan Municipal Committee of the Chinese People’s Political Consultative Conference (CPPCC). The visiting delegation was headed by Ms Lei Jie, Chairman of the Jinan Municipal Committee of the CPPCC.

The two sides exchanged views related to boosting the promotion of economic and trade cooperation between Jinan City of Shangdong Province and the Portuguese-speaking Countries, making full use of Macao’s role as a cooperation platform. The visit also was to strengthen the ties between Jinan and Forum Macao.

Hisense confirms its participation in the Databox Expo TI 2022