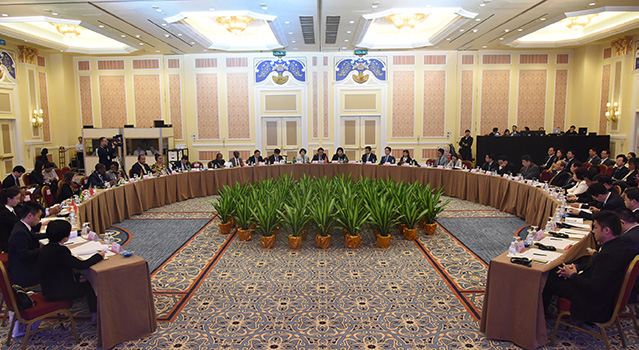 The Business Forum Council held its inaugural meeting during that 4th edition of the Business Forum. Five working groups were created to promote cooperation between Jiangsu, Macao and the Portuguese-speaking Countries in, respectively: trade and investment; education; agriculture; tourism; and fisheries.

All parties in the Business Forum Council have, over the past three years, worked to promote Macao’s role as a commercial and trade cooperation service platform between China and Portuguese-speaking Countries. Such effort has followed the principles of equality and achievement of mutual benefits for all participants. Such steps have also made use of the complementary advantages of the participating places, and have sought to promote multifaceted cooperation. In the course of such work, several exchanges, visits and business matching activities have been held. The target has been to foster more efficiently cooperation and exchanges between all parties, in a wider range of fields and in a more in-depth way.