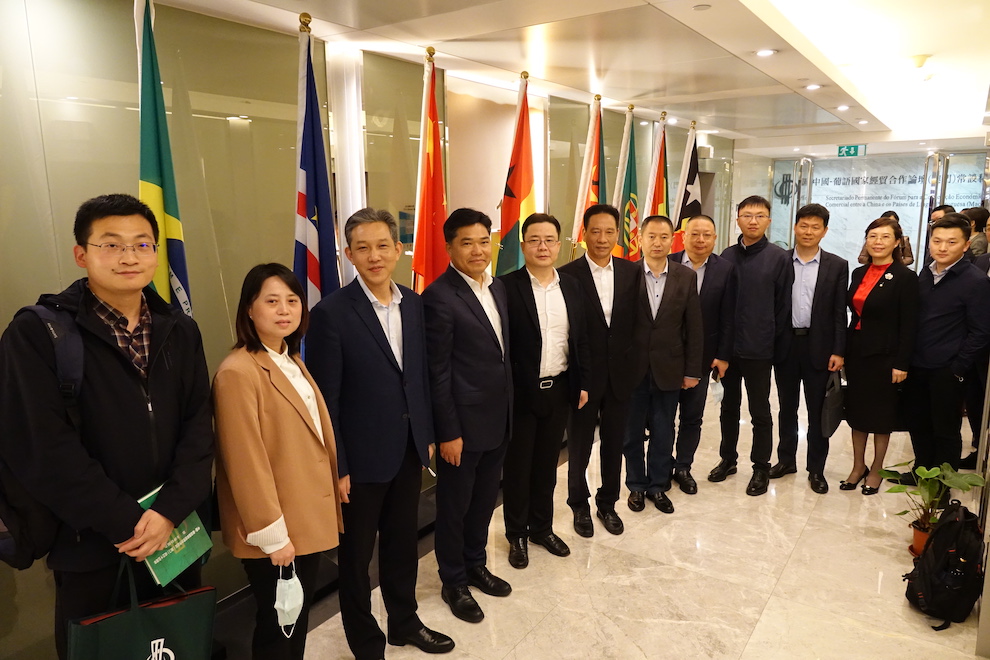 Deputy Secretary-General of the Permanent Secretariat of the Forum for Economic and Trade Co-operation between China and Portuguese-speaking Countries (Macao), Mr Ding Tian, received on March 8 a delegation led by the Chief of the Department of Commerce of Zhejiang Province, Mr Sheng Qiuping.

On March 9, the Permanent Secretariat took part in the inauguration ceremony of the Economic and Trade Exchange Session between Zhejiang and Macao, and the Online Export Fair of Zhejiang (Macao stop). During the activities, the Coordinator of the Support Office to the Permanent Secretariat of Forum Macao, Ms Teresa Mok, briefed the participants about Macao’s platform role between China and Portuguese-speaking Countries.