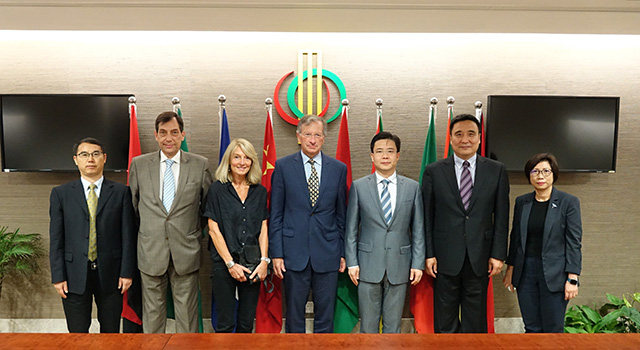 The visit by a delegation from the International Tropical Timber Organization took place around two months after a meeting in March between a representative of that international body and participants in the 14th Ordinary Meeting of the Permanent Secretariat of Forum Macao.

Mr Ding welcomed Executive Director Dieterle. During the meeting, the parties exchanged views on how to boost cooperation in a number of areas. The two sides reached an agreement to strengthen communication, in order to boost cooperation on forestry-related matters, environmental protection, natural resources, and human resources training. Such communication was aimed at making the most of the benefits offered by Forum Macao and Macao’s role as a cooperation platform between China and the Portuguese-speaking Countries.