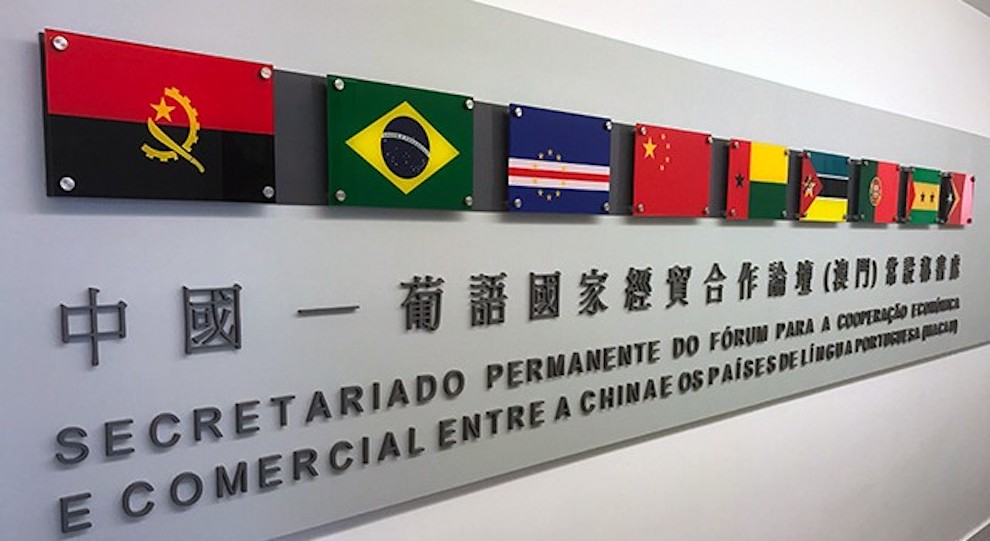 Forum Macao is a multilateral, intergovernmental co-operation mechanism aimed at promoting economic and trade exchanges between China and Portuguese-speaking Countries, by using Macao as a connecting platform between those places.

Up to now, five Forum Macao Ministerial Conferences have been held, all of them in Macao. They were in October 2003; September 2006; November 2010; November 2013; and October 2016. At each of those meetings, the respective participants approved an individual Strategic Plan for Economic and Trade Co-operation. Each Strategic Plan for each edition of the Ministerial Conferences has identified a number of areas for co-operation  — including intergovernmental co-operation — namely on: trade; investment and entrepreneurship; production capacity; agriculture; forestry; fisheries and livestock; infrastructure; energy and natural resources; education and human resources; finance; development co-operation; tourism; transport and communication; culture; media; sports; health; maritime affairs; and co-operation among provinces and municipalities.

During the 5th Ministerial Conference, the Participating Countries in Forum Macao signed the “Memorandum of Understanding on Promoting Co-operation in Production Capacity – Forum Macao”, paving the way for a new model for economic and trade co-operation between China and the Portuguese-speaking Countries.

Participating Countries have fully implemented each Strategic Plan approved since Forum Macao was launched, thus contributing to the further enhancement of economic, trade and investment co-operation.