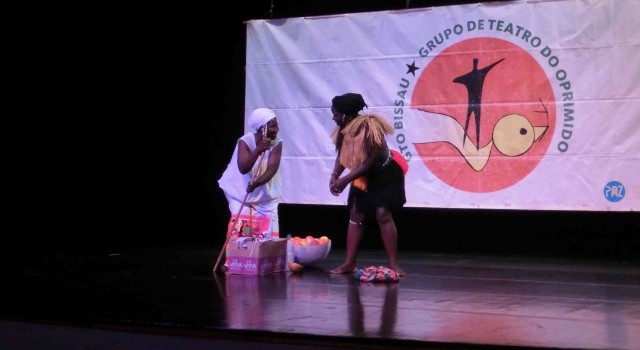 The 6th Cultural Week of China and Portuguese-speaking Countries 2014 will take place between October 21 and October 30. The event is organised by the Forum for Economic and Trade Co-operation between China and Portuguese-speaking Countries (Macao), also known as Forum Macao, with support from the Institute for Civic and Municipal Affairs and the Macao Government Tourist Office.

A number of activities will take place in various parts of the city, including the Carmo area in Taipa, Senado Square, the Ruins of St. Paul, D. Pedro V Theatre, the residence of the Consul-General of Portugal in the Macao SAR (the former Hotel Bela Vista), Macao Tower, Rui Cunha Foundation Gallery and the Gallery of Macao Military Club.

The scheduled activities include cultural performances and displays of the arts. The aim is to showcase Chinese and Lusophone culture to Macao residents and tourists to the city, thus strengthening the role of the territory as a platform between China and Portuguese-speaking countries.

The Cultural Week, which aims to make use of the potential of Macao as a cultural exchange and co-operation platform between China and Portuguese-speaking Countries, had its first edition in 2008. The number of activities has increased over the years, enriched by new content and wider participation.

The Craft Fair will take place daily between October 24 and October 30, from 3pm to 8pm, at the Carmo area in Taipa. The fair, supported by the Liaison Office of the Central People’s Government in the Macao SAR, as well as 10 local associations from Portuguese-speaking Countries, has invited 12 renowned artisans from the Chinese province of Zhejiang and Portuguese-speaking countries and regions. They will do demonstrations on how to work on various types of crafts, including wood, cloth, straw, paper and flour. A number of works will be for sale during the fair.

The gastronomy event – titled “Flavours of the World” and showcasing the cuisine of Portuguese-speaking Countries and regions – will take place from October 24 to October 30, at the 360 Cafe Revolving Restaurant of the Macao Tower. The lunch buffet will be served between 11:30am and 3pm and the dinner buffet between 6:30pm and 10pm.

Chefs from Angola, Brazil, Timor-Leste, São Tomé and Principe and Macao have been invited for the Cultural Week, with the support of five local associations. The chefs will prepare special dishes for lunch and dinner throughout the event. Macao residents who show their ID card will be entitled to a 10% discount. Specialties like octopus salad, shrimp salad, pork stew, seafood moqueca, and fish curry, are just some of the mouth-watering dishes prepared for foodies.

For the first time, the Cultural Week will also include theatre plays from Portuguese-speaking Countries, which will be held between October 21 and October 26 at the D. Pedro V Theatre. There will be one play a day during weekdays, between 8pm and 9pm. On Saturday and Sunday, the first play takes place between 6pm and 7pm, with the second one-hour play scheduled for 8pm.

Four theatre troupes have been invited to the drama event, which is co-ordinated by the Portuguese Institute of the Orient (IPOR). They are: Companhia Henrique Artes, from Angola; Em Cartaz, from Brazil; Sikinada, hailing from Cape Verde; and GTO from Guinea-Bissau.

The theatre troupes will also conduct workshops at Portuguese and Luso-Chinese schools, and also at institutions of higher education. All of the invited theatre companies have a professional or semi-professional profile and have received favourable reviews not only in the countries of origin but also internationally.

Also within the Cultural Week there will be a Parade of Performers from Macao, Zhejiang (China) and Portuguese-speaking Countries. The parade will start at 4pm, on October 26 (Sunday) at the Ruins of St. Paul, with the last stop at the Square of St. Dominic’s Church.

The aim of the activities is to showcase Chinese and Lusophone culture to Macao residents and tourists to the city.

The “Contemporary Art Exhibition by Eugénio Novikoff Sales”, presenting the work of the Macao artist, will be inaugurated on October 24, at 6:30pm, at the residence of the Consul-General of Portugal in the Macao SAR (the former Hotel Bela Vista). It will be open to the public daily from 11am to 5pm until November 15. Eugénio Novikoff Sales has never followed artistic trends, favouring a free and creative spirit and keeping loyal to its influences and aesthetic options.

The Macanese artist, better-known outside the city than at home, is among the artists recognised by the national artistic record of the People’s Republic of China. He was also among a small group of artists that were invited to exhibit during the Beijing Olympics in 2008.

The “Fine Arts Exhibition by Benjamim Sabby, Angolan artist in plastics” will be inaugurated on October 25 (Saturday) at 3pm at Rui Cunha Foundation Gallery. The exhibition will be open to the public daily until November 6, between 10am and 7pm from Monday to Friday, and between 3pm and 7pm on Saturdays and Sundays.

The collection includes some of the latest works of the renowned Angolan artist, representing the contemporary art scene of Angola and Africa. The artist uses narratives that can be immediately identified with the African continent, while rejecting classicists’ icons and ethnological and anthropological categorisations.

The opening ceremony of the “Contemporary Art Exhibition by Sebastião Matsinhe, Mozambican artist” will take place on October 25 (Saturday) at 4pm at the Gallery of Macao Military Club. The exhibition will be open to the public daily until November 6, between 11am and 7pm from Monday to Saturday, and between 3pm and 7pm on Sundays.

Sebastião Matsinhe’s artworks are contemporary, described as “a chromatic contextualisation not framing its cosmogony-mystified characters”. His immense wall representing the cosmos suggests the emergence of “Homo Africanus” ahead of all other humanity, giving him wisdom and dignity.

The Photo Contest of the Cultural Week, organised in collaboration with the Macao Digital Photography Association, aims to build a photographic record of the activities planned for the 6th Cultural Week of China and Portuguese-speaking Countries. The competition is open to all amateur photographers and there will be no limit to the number of photos that can be submitted. Pictures will have to be submitted between October 27 and October 31. Winners will be given a trophy and a cash prize. A photography exhibition featuring the best pictures is also planned.