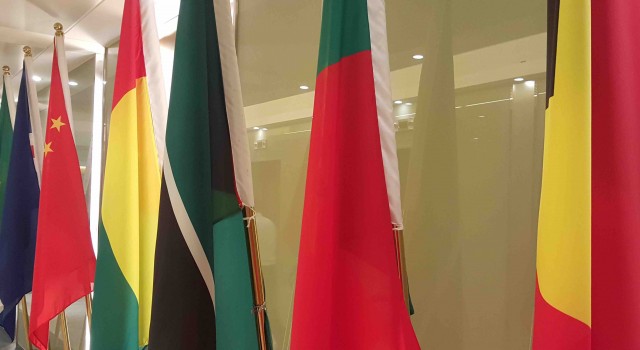 The 5th Ministerial Conference of the Forum for Economic and Trade Co-operation between China and Portuguese-speaking Countries (Macao), a body also known as Forum Macao, will be held in Macao from October 11 to 12 inclusive.

The programme includes: the Opening Ceremony; the Launching Ceremony of the Trade and Economic Co-operation Service Platform between China and Portuguese-speaking Countries Complex; the Ministerial Conference; the Entrepreneurs and Financiers Meeting; and the Press Conference.

The opening ceremony of the 5th Ministerial Conference of Forum Macao will be held in the morning on October 11, and will be officiated by the Minister of Commerce of the People’s Republic of China, Mr Gao Hucheng.

The 5th Ministerial Conference will be held in the afternoon on October 11. It will focus on the development vision and direction for co-operation among the participants, in relation to the period 2017 to 2019. Delegates representing the participating countries will sign several memorandums of co-operation.

The Entrepreneurs and Financiers Meeting between China and Portuguese-speaking Countries will be held in the morning on October 12.

Since the founding of Forum Macao in 2003, a total of four Ministerial Conferences have been held, respectively, in 2003, 2006, 2010 and 2013. On top of the solid foundation laid over these 13 years, the Forum Macao has become an important platform to strengthen co-operation, with the aim of creating mutual benefits and promoting economic development between China and Portuguese-speaking Countries.