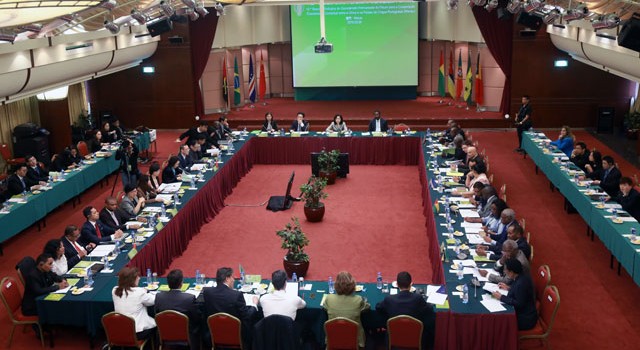 During the 12th Ordinary Meeting of the Permanent Secretariat of the Forum for Economic and Trade Co-operation between China and Portuguese-speaking Countries (Macao), held in Macao on March 29, 2017, the Participating Countries deliberated on and unanimously approved the integration into Forum Macao of the Democratic Republic of São Tomé and Príncipe, in response to a request made by the Government of São Tomé and Príncipe through the Government of the People’s Republic of China.