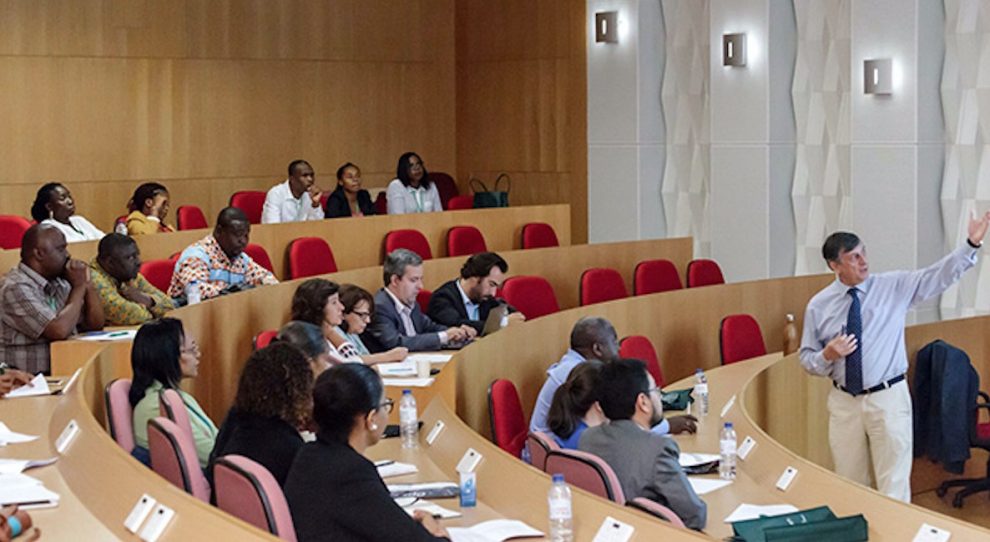 The Training Centre of Forum Macao was established in 2011 with the support of the Macao SAR Government. By end-2017, a total of 36 training and exchange seminars had been held in Macao by the Centre. They were conducted in cooperation with, respectively, the Ministry of Commerce of the People’s Republic of China; a number of higher education institutions; and various Macao associations. A total of more than 900 participants coming from Portuguese-speaking Countries (Angola, Brazil, Cabo Verde, Guinea-Bissau, Mozambique, Portugal, São Tomé and Príncipe and Timor-Leste) joined these seminars.

For the training and exchange seminars, a number of participants also engaged in various high-level economic and commercial activities in Mainland China and/or Macao, as well as making visits to provinces and cities on the Mainland. These activities gave participants the chance to observe local development trends and to tour the facilities of many firms.

The training activities have been supported over the years by a number of higher education institutions in Macao, highlighting Macao’s strengths in education and training, and providing favourable conditions for young people in Macao to learn Portuguese and to get to know more about each Portuguese-speaking Country. Through the exchanges and sharing of experiences with professionals from the various Portuguese-speaking Countries, the Portuguese-language proficiency of Macao’s young people has been raised consistently, and their professional knowledge improved in various areas.

Portuguese-speaking Countries in turn attach great importance to the advantages of Macao as a cooperation platform and as a centre of education. By the end of 2017, an aggregate of 26 groups from Portuguese-speaking Countries – including a total of about 170 people, mainly government officials and professionals – attended in Macao internships in various disciplines, including: airport management; broadcasting; tourism; and entertainment business.

The training activities aim actively to contribute to Macao’s role as a Commercial and Trade Cooperation Service Platform between China and Portuguese-speaking Countries. Work on education and human resource training are being effectively implemented within the scope of the work done by Forum Macao.