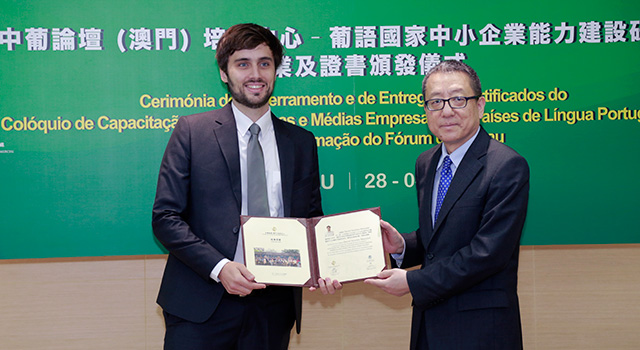 The Workshop was organised by the Training Centre of Forum Macao. It was presented in co-operation with the City University of Macau.

The Workshop was the Training Centre of Forum Macao’s first such event for 2016. A total of 24 participants joined the activity. They represented trade associations and companies from Brazil, Cape Verde, Guinea-Bissau, Mozambique, Portugal and East Timor.

The Workshop was delivered in Macao from April 15 to 28.

Several lectures, visits and exchange sessions relating to Small- and Medium-sized Enterprises (SMEs) were held during the period of the Workshop.