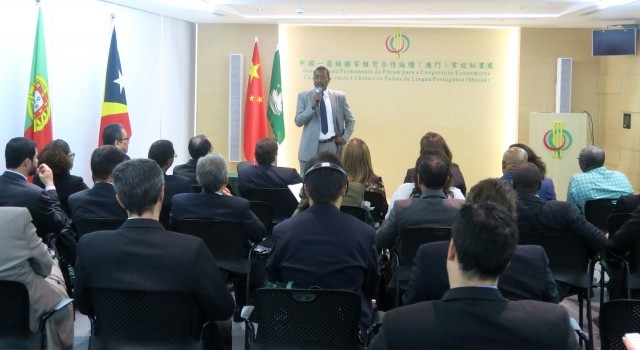 China’s Ministry of Commerce organised the Seminar, which was conducted by the Academy for International Business Officials (AIBO). A total of 22 officials from Portuguese-speaking Countries – including Brazil, Cape Verde, Guinea-Bissau, Portugal and East Timor – were invited on the visit to Mainland China. The programme for the whole seminar ran from November 11 to 20.

During the Macao leg of the trip, participants in the Seminar visited the Macao Economic Services, the Macao Trade and Investment Promotion Institute (IPIM), the Permanent Secretariat of Forum Macao, the Bank of China Macau Branch and the Macao Chamber of Commerce. They also visited some of Macao’s World Heritage sites.

The Vice-President of AIBO, Mr Zou Chuanming, and the Secretary-General of the Permanent Secretariat of Forum Macao, Mr Chang Hexi, accompanied the delegation during its visit to Macao.