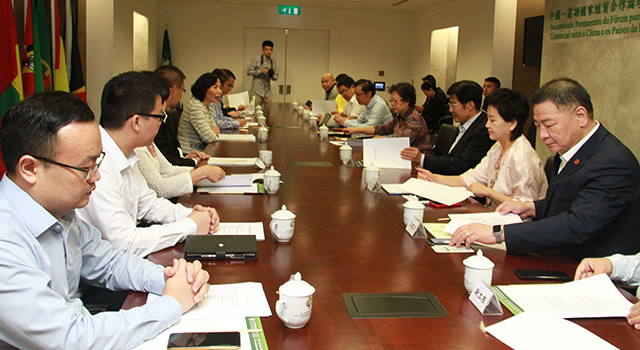 Vice Chairman of the National Committee of the Chinese People’s Political Consultative Conference, Mr Gao Yunlong, visited on the morning of September 10 the facilities of the Permanent Secretariat of Forum Macao. He was accompanied by Deputy Director-General of the Liaison Office of the Central People’s Government in the Macao SAR, Mr Yao Jian.