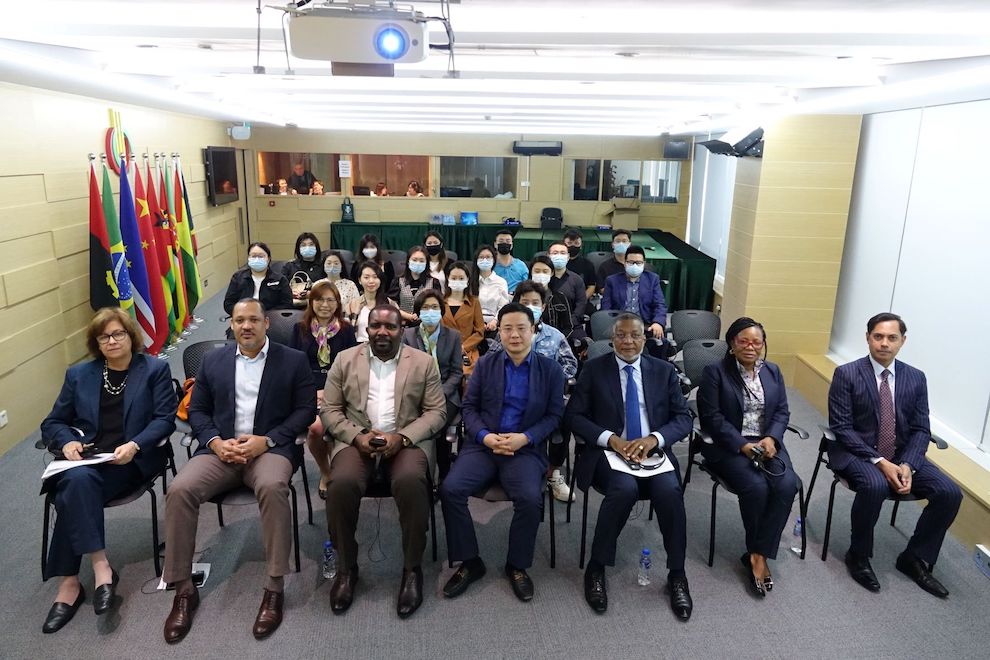 On November 18, a group of about 20 students from the Master of Business Administration programme at City University of Macau visited the headquarters of the Permanent Secretariat of Forum Macao.

Deputy Secretary-General Mr Ding warmly welcomed the delegation. He gave a presentation on Forum Macao and on the Permanent Secretariat and its work. Mr Ding said that, since its launch, the Permanent Secretariat of Forum Macao had efficiently and fruitfully carried out a wide range of activities, namely regarding economic and trade cooperation, human resource training, cultural exchanges, and international cooperation in public health. He said Forum Macao’s work had already achieved positive results, thus fully contributing to the fulfilment of Macao’s role as a platform between China and the Portuguese-speaking Countries.

Mr Ding encouraged students to make use what they had learned in university, in order actively to participate in the development of the Guangdong-Hong Kong-Macao Greater Bay Area and in the Guangdong-Macao Intensive Cooperation Zone in Hengqin. This was to contribute to the advancement of Macao’s “One Centre, One Platform and One Base” policy, while supporting exchanges and cooperation in various areas between China and Portuguese-speaking Countries.

In addition, Representatives from Portuguese-speaking Countries to Forum Macao gave the visiting group presentations on their respective countries.

The students mentioned that the visit had provided them with an opportunity to improve their knowledge of Forum Macao, and to deepen their understanding of Macao’s “One Centre, One Platform and One Base” policy, and how it was beneficial in advancing Macao’s integration into national development.