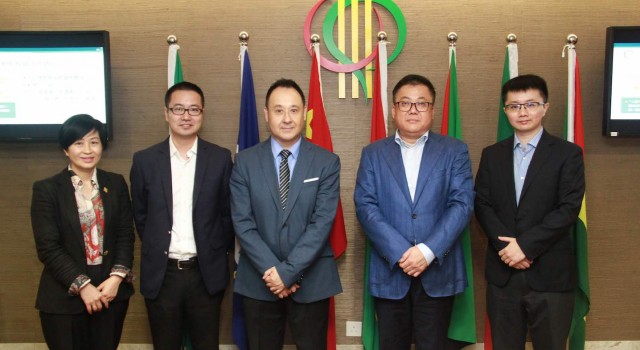 On September 5, a delegation from Shenzhen’s Greater Bay Area Promotion Bureau, led by its Director Mr Zhiwen Cao, paid a visit to the Permanent Secretariat of the Forum for Economic and Trade Co-operation between China and Portuguese-speaking Countries (Macao). The delegation had a meeting with the Deputy Secretary-General of the Permanent Secretariat of Forum Macao, Mr Casimiro de Jesus Pinto.