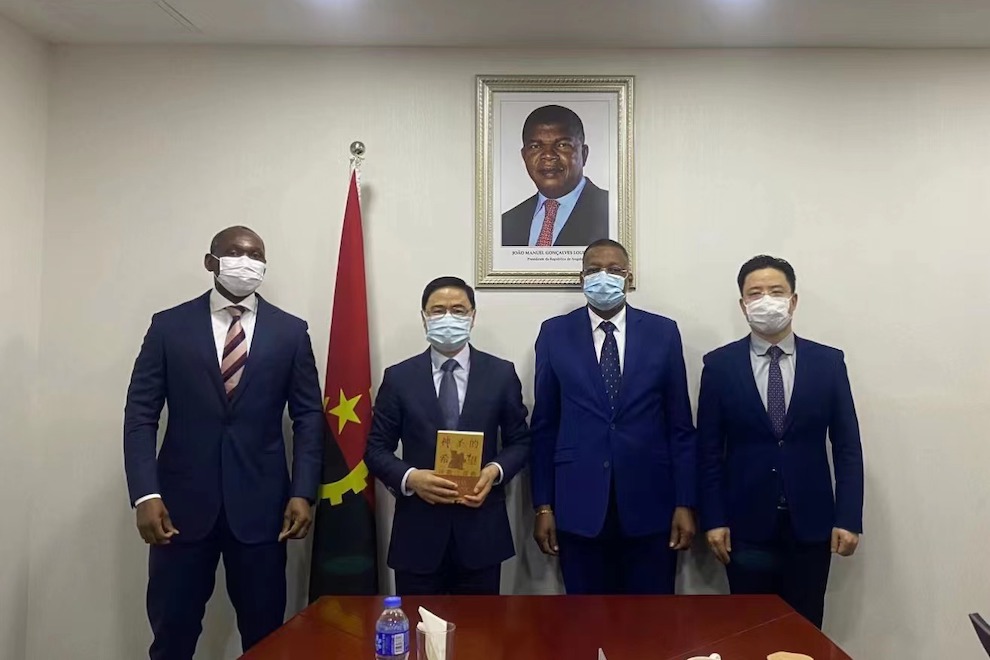 Both Mr Velasco Galiano and Mr Custódio Marques extended warm welcomes to Mr Ji, who recently arrived in Macao to take office as Secretary-General of Forum Macao. They expressed gratitude to the Permanent Secretariat of Forum Macao for contributing to the fulfilment of Macao’s role as a hub, as well as for its efforts to promote cooperation and exchanges between China and their respective countries in economic and trade matters, culture, healthcare, and human resources. Both diplomats vowed to continue supporting the events organised by Forum Macao in order to promote the latter body’s development.

Secretary-General Mr Ji thanked the two diplomats for their continued support for the work of the Permanent Secretariat of Forum Macao. He said continuous engagement by all parties involved in Forum Macao was essential for the body to achieve concrete results. Mr Ji vowed to continue to listen to all stakeholders in order jointly to ensure Forum Macao enhances fulfilment of its role, and promotes even deeper cooperation and exchanges in all areas between China and Portuguese-speaking Countries.