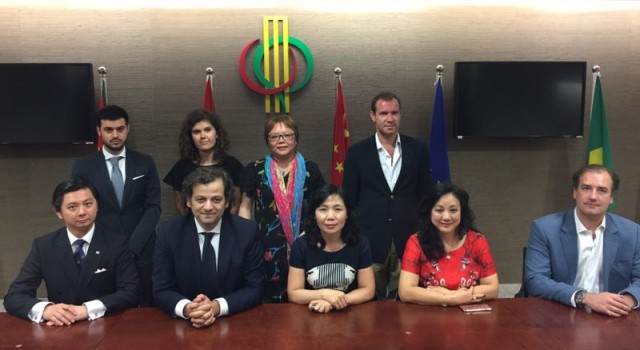 Ms Xu welcomed the delegation and gave it a briefing about the work of the Permanent Secretariat in the fields of trade and investment, human resource training, and promotion of cultural exchanges.

The Secretary-General stated that the Permanent Secretariat was ready to strengthen cooperation with the Exporters Union of the CPLP, noting Forum Macao offered a multilateral mechanism for economic and trade cooperation. Ms Xu added that Macao played an important role as a cooperation platform, helping organisations from Portuguese-speaking Countries enter the Mainland China market and find business partners.

Mr Costa thanked the Permanent Secretariat for the warm welcome and briefed the participants about the institutional context, objective and main services of the Exporters Union of the CPLP. He said the organisation was available to support and work with the Permanent Secretariat of Forum Macao in order to promote further exchanges and cooperation between enterprises in Mainland China and Portuguese-speaking Countries.

The Exporters Union of the CPLP is affiliated to the Business Confederation of the CPLP, which is composed of more than 400 companies and institutions from Portuguese-speaking Countries.