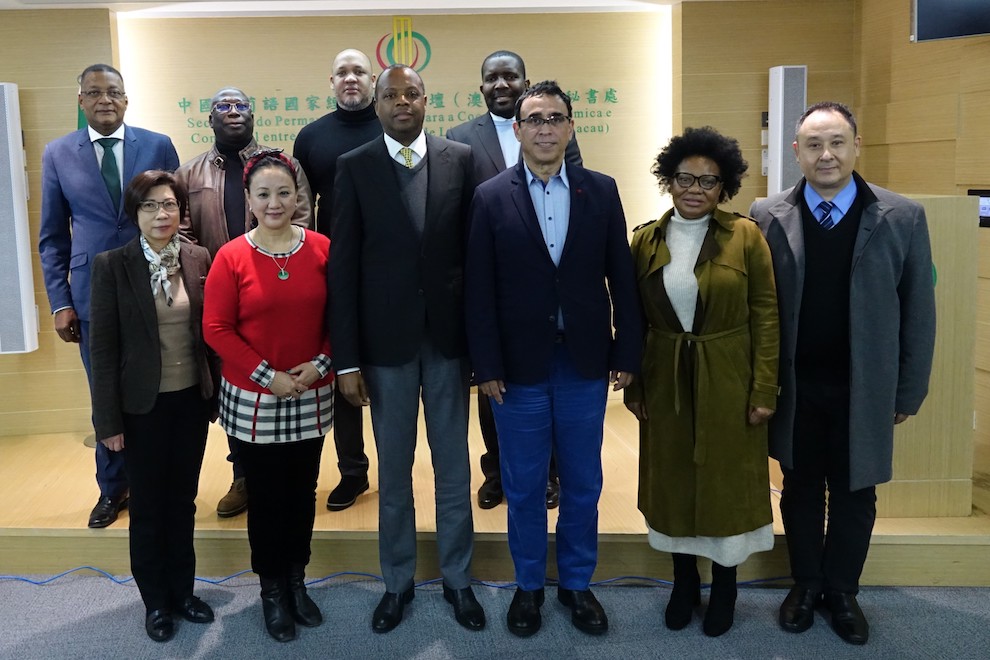 Mr Rodrigues do Espírito Santo welcomed the representatives of the CCP. The two sides exchanged views on a number of issues. They included discussions on how to use fully Macao’s role as a platform, and to seize opportunities arising from the development of the Guangdong-Hong Kong-Macao Greater Bay Area (Greater Bay Area); how to encourage companies from the Portuguese-speaking Countries to participate in the development of the Greater Bay Area; and how to strengthen online promotion of various types of product. The two sides also discussed measures that could facilitate trade in products, as well as boost the economic and trade cooperation between China and the Portuguese-speaking Countries.