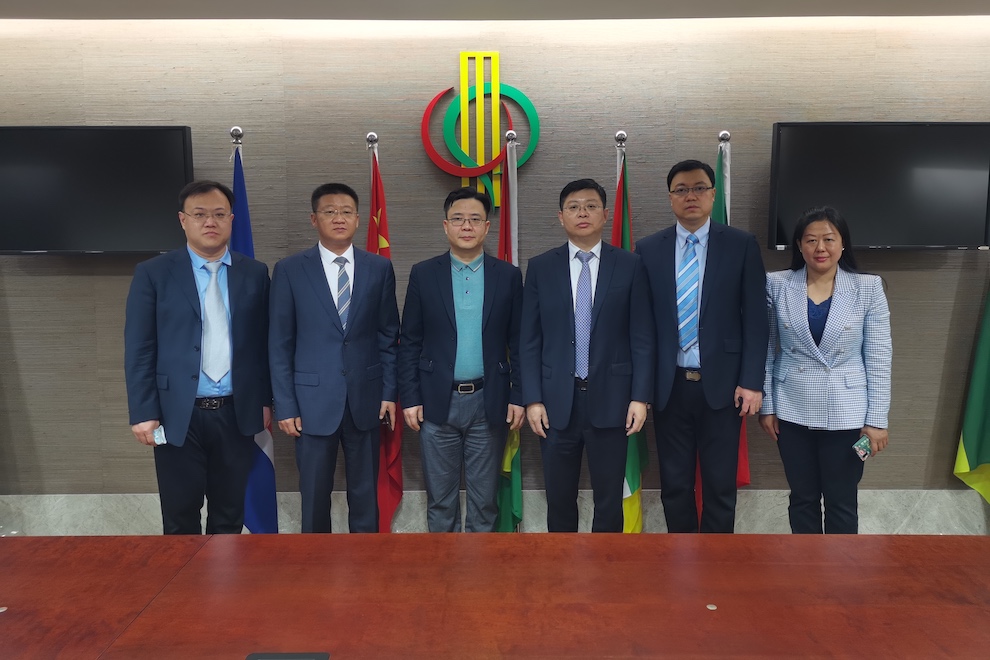 On March 3, Deputy Secretary-General of the Permanent Secretariat of the Forum for Economic and Trade Co-operation between China and Portuguese-speaking Countries (Macao), Mr Ding Tian, welcomed to the Permanent Secretariat of Forum Macao a delegation from the Administrative Committee of the China-Shanghai Cooperation Organization Demonstration Zone for Local Economic and Trade Cooperation. The visiting delegation was headed by Mr Meng Qingsheng, Vice Director of the Demonstration Area’s Administrative Committee.

The two sides exchanged views on Macao’s comparative advantages as a cooperation platform, and on boosting ties between the two bodies. They also discussed topics related to promotion of economic and trade cooperation between Mainland China and the Portuguese-speaking Countries.