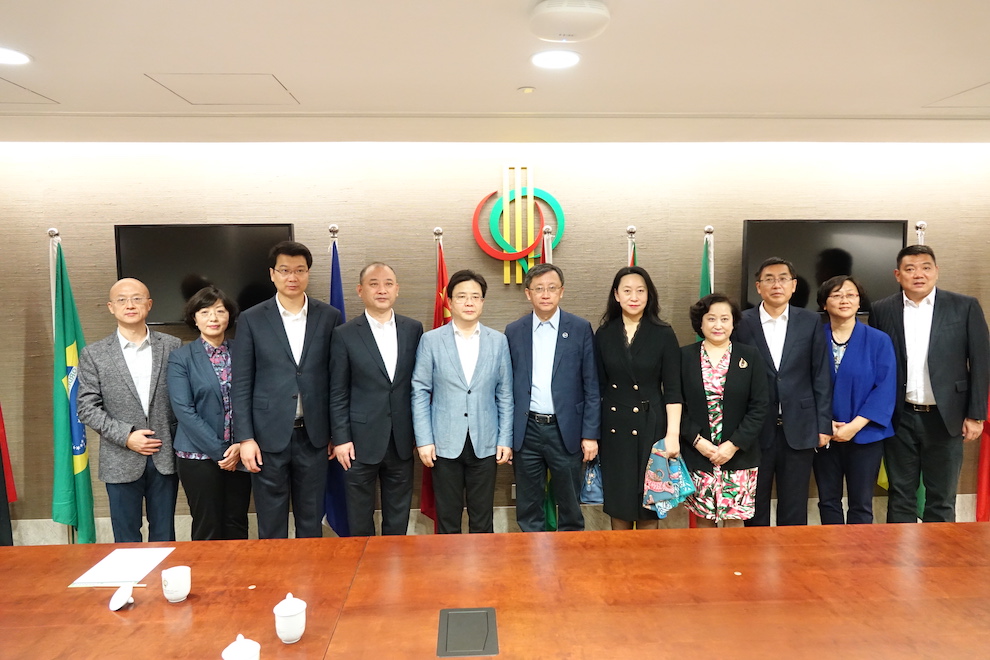 On 11 November, Deputy Secretary-General of the Permanent Secretariat of Forum Macao Mr Ding Tian met with a delegation from Qingdao Municipality. The visiting party was led by Vice Mayor Mr Xue Qingguo, also a member of the Standing Committee of the CPC Qingdao Municipal Committee.

During the visit, Vice Mayor Xue stated that, since the establishment of an economic cooperation partnership between Qingdao and the Permanent Secretariat of Forum Macao in 2017, the Municipality had been able to consolidate economic and commercial exchanges and cooperation with the Portuguese-speaking Countries and Macao.

Additionally during the encounter, Mr Ding explained to the visiting delegation the structure of the Permanent Secretariat of Forum Macao and the work carried out by it.

The two parties also exchanged opinions on a number of areas, including: tightening of cooperation ties; making use of Macao’s role as a cooperation platform; and promotion of cooperation between Qingdao and the Portuguese-speaking Countries in the fields of the economy and commerce, traditional medicine, and education. During the visit, the two sides reached a provisional consensus to strive for closer exchanges once the COVID-19 pandemic is brought fully under control.