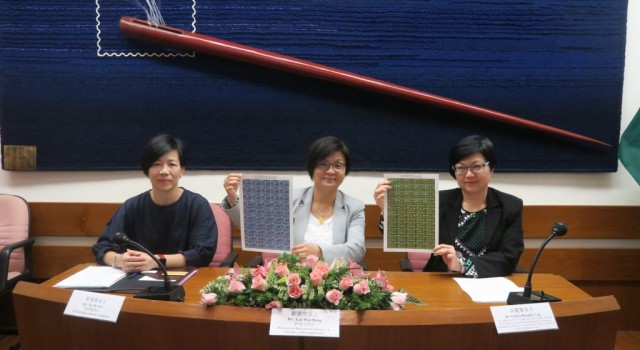 Ms Batalha Ung highlighted during the press conference the significance of the commemorative stamp collection this year, marking not only the 15th Anniversary of the Establishment of Forum Macao, but also the 10th Cultural Week of China and Portuguese-speaking Countries. She said additionally that the philatelic collection illustrates the results of the work carried out by Forum Macao over the past 15 years. She added that such work has contributed to strengthening Macao’s role as platform between China and Portuguese-speaking Countries, and to promoting further cooperation under the “Belt and Road” initiative, in order to create mutual benefits for the two sides.

The commemorative stamp collection to be launched this month aims to celebrate the 15th Anniversary of the Establishment of Forum Macao, illustrating the sustainable economic and commercial cooperation between China and Portuguese-speaking Countries. It will also serve to highlight the increase dynamism of Forum Macao and the growing importance of Macao’s platform role.

The Macao Post Office will launch on October 12 its new stamp collection officially titled “15th Anniversary of the Establishment of Forum Macao”. The collection includes a set of two postage stamps, a philatelic block, first-day stamp, first-day envelope, and stamp booklet. The illustrations in the set will show some landscapes of, respectively, China and the eight Portuguese-speaking Countries, namely: Angola, Brazil, Cabo Verde, Guinea-Bissau, Mozambique, Portugal, São Tomé and Príncipe, and Timor-Leste.

The organisers said they anticipated the public in general and stamp collectors in particular would appreciate the depicted scenery and images of the countries highlighted in this philatelic collection.