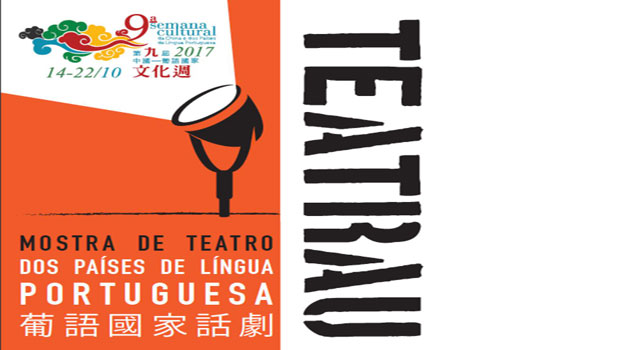 The play “Nkatikuloni” takes its name from the Changana tongue – a Bantu language from southern Mozambique – and means “women of the same husband”. Teatro Girassol has developed a drama with this name in order to cast a satirical eye on the situation faced when several wives live in the same household.

The play “Solange – A Conversation with the Hairdresser”, from the Portuguese theatrical group taking part in the festival is set in a neighbourhood hair salon. The main character, Solange, is straightforward and outspoken. She unintentionally reveals her passion for poetry and politics. Via the works of Portuguese and Brazilian female poets, she finds the strength to assert herself, in order to conduct an in-depth exploration of female identity.

The theatre group from São Tomé and Príncipe brings to the stage its work “Witchcraft”. The story is set, variously, in the backyard of a family home, at a medical centre and in the garden of a traditional healer. The play tells the story of a daughter who frames her father, accusing him of practising witchcraft and of cursing his sick granddaughter.

The work “Nahe Biti” from East Timor contains elements that best represent the cultural heritage of that country, including a ceremony – in the local tradition – for formation of a new family. Through the ceremony of Nahe Biti, two young people (the groom and the bride) unite and create such a social unit. At the same time, the families of the couple form a new friendship and fraternal relationship via the traditions of “Feto san” (for the groom’s family) and “Mane” (for the bride’s family).

The theatrical groups attending the Festival will visit schools and higher education institutions in Macao in order to interact with students and to organise workshops.

The aim of this cultural and artistic activity is to promote exchanges with primary and secondary schools and higher education institutions. It allows students who study Chinese and Portuguese to improve their proficiency in each language. The activity is designed to contribute to the fostering of talented linguists in Macao that are fluent in Chinese and Portuguese, and will strengthen the role of Macao as a dual-language platform for commercial services between China and Portuguese-speaking Countries.

Programme (Only available in Chinese and Portuguese)