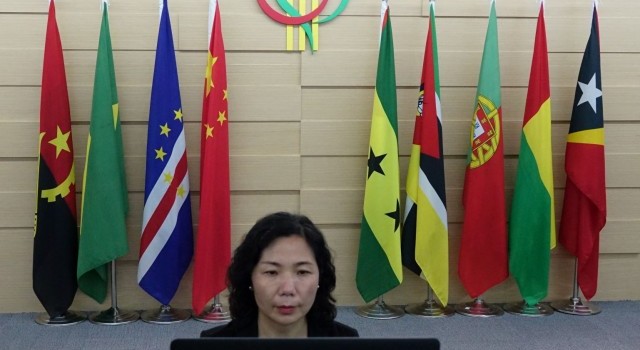 An Online Presentation Session on Infrastructure Projects in Brazil was held on July 8, at 8pm Beijing time. The session was organised by the China International Contractors Association, China’s Embassy in Brazil, and Brazil’s Ministry of Infrastructure; with the Permanent Secretariat of Forum Macao as one of the supporting entities.

Ms Xu pointed out in her speech that the infrastructure sector had been a prominent area for cooperation between China and Portuguese-speaking Countries since Forum Macao was set up. The topic had been included in each Action Plan approved regarding each edition of the Ministerial Conference presented by Forum Macao. She said the online presentation session was a key and timely way to foster Sino-Brazilian cooperation in infrastructure projects, helping both countries to respond jointly to the impact of Covid-19 on economic and commercial cooperation.

The online session would help preparations regarding comprehensive economic recovery in a post-epidemic period. The Permanent Secretariat would make the most of Macao’s advantage as a platform, to fulfil its role as a bridge between China and Portuguese-speaking Countries; working with all parties to win the battle against Covid-19 as soon as possible, and deepening and extending economic and trade cooperation after the pandemic, said Ms Xu.