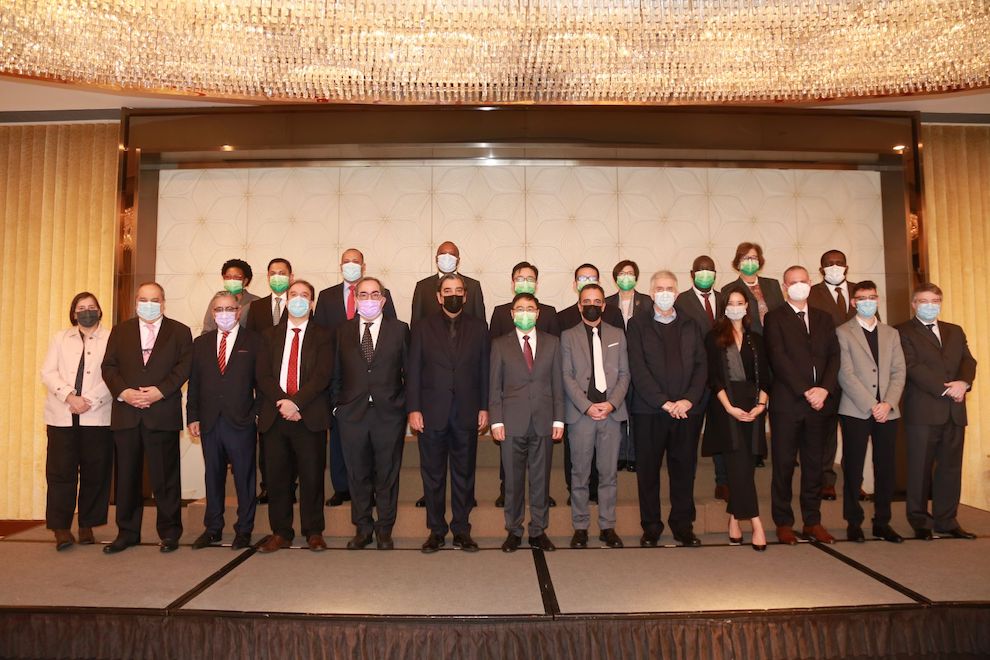 The Permanent Secretariat of the Forum for Economic and Trade Co-operation between China and Portuguese-speaking Countries (Macao), also known as Forum Macao, hosted on February 17, at the Mandarin Oriental Macau, a gathering for representatives of local Portuguese-, English- and Chinese-language media.

In his speech at the gathering, Secretary-General Mr Ji Xianzheng expressed holiday greetings to the representatives of local media outlets, and thanked them for the coverage of, and support given, regarding Forum Macao’s work over the years.

In 2021, according to Mr Ji, the Permanent Secretariat took advantage of Macao’s role as a platform, in order to carry out in an innovative way, a series of activities – in fields including the economy, trade, and people-to-people exchanges – with the parties that are involved in the framework of Forum Macao. This work had achieved the expected outcomes, he added.

Mr Ji said that Forum Macao would continue to focus on anti-epidemic cooperation and promotion of people-to-people exchanges, as well as on seizing the fresh opportunities arising from the “Belt and Road” initiative, and from the construction of the Guangdong-Hong Kong-Macao Greater Bay Area, particularly the Guangdong-Macao Intensive Cooperation Zone in Hengqin, all in order to build further the communication and collaboration between Mainland China, Macao, and the Portuguese-speaking Countries.

He also said he hoped that the Permanent Secretariat would continue to merit the coverage and support of the media, so that the two sides could work together to promote Macao’s role as platform, and the initiatives related to Forum Macao.