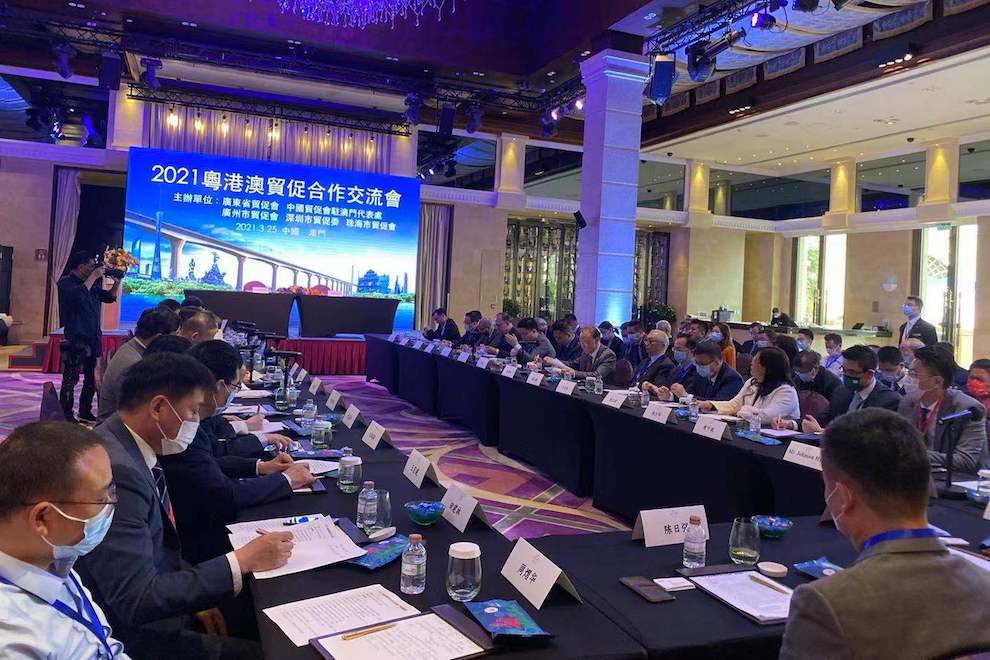 Representatives from the Liaison Office of the Central Government in the Macao Special Administrative Region, the Macao Trade and Investment Promotion Institute, the Hong Kong Trade Development Council, the CCPIT offices in Guangdong province and Guangzhou, Shenzhen, and Zhuhai cities as well as from the Macao business sector attended the event.

Deputy Secretary-General Mr Ding Tian said in his speech that enhancing exchanges and cooperation between the member countries of Forum Macao and provinces and municipalities while using Macao as a platform was a key mission for Forum Macao. In 2020 Forum Macao developed a series of international cooperation activities to fight the pandemic, and a series of economic, trade and cultural exchange activities with Portuguese-speaking Countries, making the most of Macao’s role as a platform and deepening friendship between mainland China, Macao, and Portuguese-speaking Countries, stated Mr Ding.

Mr Ding said Forum Macao effectively boosted economic and trade cooperation and exchanges between China and Portuguese-speaking Countries, with the support of the Central Government and the backing of the Macao SAR Government. The Permanent Secretariat is ready to continue to cooperate with the provinces and municipalities of mainland China, together creating the conditions to deepen the progress of the Guangdong-Hong Kong-Macao Greater Bay Area and the development of cooperation between Zhuhai and Macao, thus helping to strengthen economic and trade cooperation between China and Portuguese-speaking Countries, he said.

Prior to the event, Deputy Secretary-General Mr Ding was invited by the CCPIT Zhongshan Sub Council to meet with Sub Council President Mr Liu Hongjian. Both sides exchanged views on topics such as how to make the most of Macao’s advantages as a platform and how to promote economic and trade cooperation between Portuguese-speaking Countries and the city of Zhongshan.