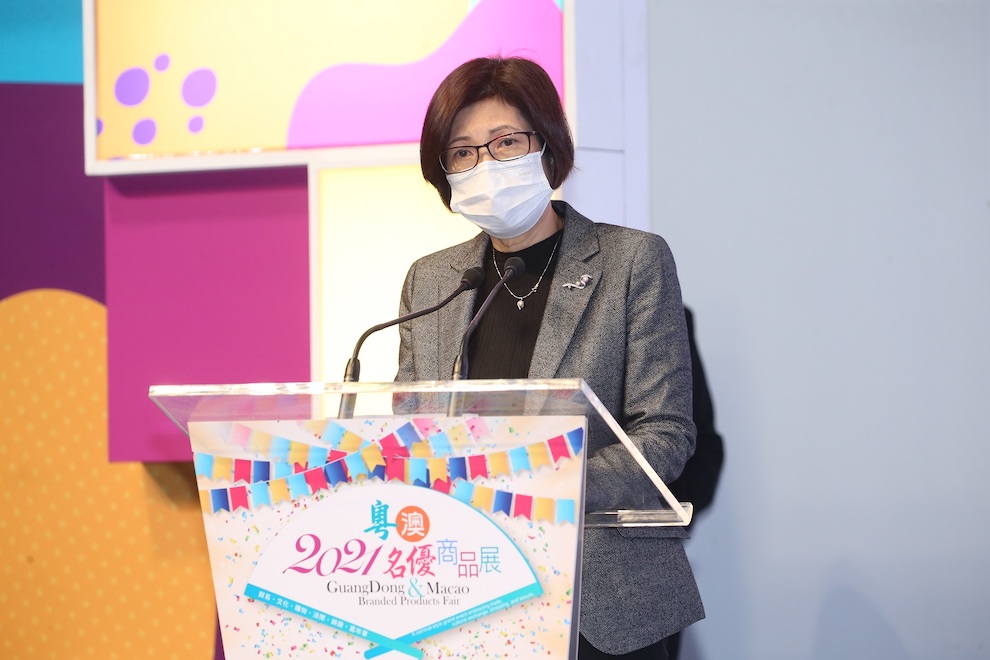 Among the guests attending the event were: Deputy Secretary-General of the Permanent Secretariat of Forum Macao, Mr Paulo Jorge Rodrigues do Espírito Santo; the Coordinator of the Liaison Office of the Permanent Secretariat, Mr Nuno Furtado; the Coordinator of the Support Office of Forum Macao, Ms Mok Iun Lei; IPIM Executive Director Mr Lei Chou Sam; and Deputy Director-General of the Department of Commerce of Guangdong Province, Mr Ma Hua.

Ms Mok said additionally that Forum Macao would continue to rely on Macao’s unique advantages and its role as a platform, in order to seize fresh opportunities brought about by the “Belt and Road” initiative and by the development of the Greater Bay Area. Such efforts would help build closer ties between the Mainland, Macao and Portuguese-speaking Countries, and to further expand cooperation between China and Portuguese-speaking Countries, so as to enhance mutual benefits. Ms Mok also said she believed that the gradual development of the Guangdong-Macao Intensive Cooperation Zone in Hengqin, would be conducive respectively, to promoting the moderate diversification of Macao’s economy, to advancing the construction of the Greater Bay Area, and to driving the development of the Macao platform to a new level.

During the event, the Representatives to Forum Macao from the Portuguese-speaking Countries gave presentations to about 100 visitors, regarding food, handicrafts, tourism products from their own countries. The visitors to the promotion session had been invited to the event by the Department of Commerce of Guangdong Province and by 21 prefecture-level cities in Guangdong. An exchange session between the Representatives and participants was also arranged during the event.