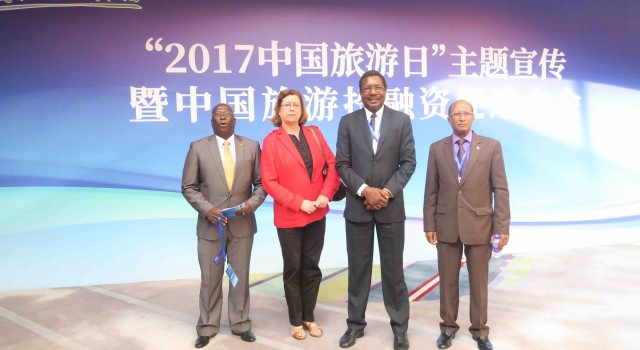 Representatives of the Permanent Secretariat of the Forum for Economic and Trade Co-operation between China and Portuguese-speaking Countries (Macao) attended an event in Beijing on May 19 to celebrate “China Tourism Day 2017”. The event, called “Conference on Investment and Finance within China’s Tourism Industry”, aimed to boost exchanges and cooperation in the field of tourism between China and Portuguese-speaking Countries.

The Conference was organised by the China National Tourism Administration and coordinated by China Central Television (CCTV). The initiative was designed to help implement China’s strategic development plan for raising the quality of the country’s inbound tourism industry, namely: promoting tourism growth; implementing reforms; creating more benefits for the local population; and fostering the development of integrated and structural tourism offerings.