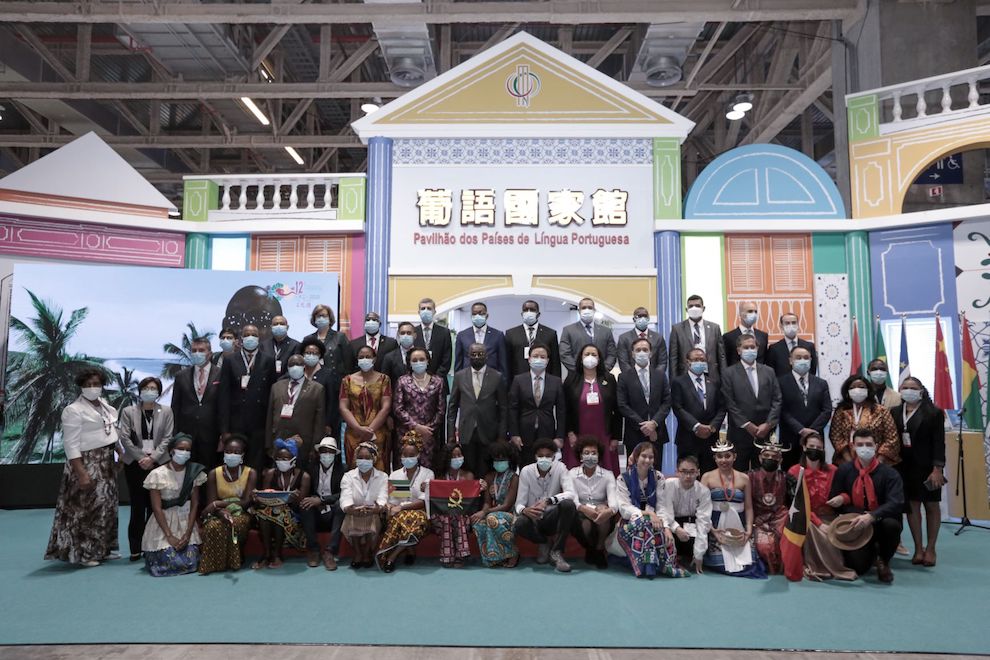 More than 100 people in aggregate took part in the opening ceremony. Officials in attendance included: Mr Ding Tian, Deputy Secretary-General of the Permanent Secretariat of the Forum for Economic and Trade Co-operation between China and Portuguese-speaking Countries (Macao); the Ambassadors in China of the eight Portuguese-speaking Countries; and Forum Macao Deputy Secretaries-General, Mr Paulo Jorge Rodrigues do Espírito Santo, and Mr Casimiro de Jesus Pinto. Other people present included: Representatives of the Consulates General of Portuguese-speaking Countries in the Macao Special Administrative Region (SAR); and the Delegates to the Permanent Secretariat of Forum Macao; as well as representatives of other collaborating entities.

This year’s edition continues the Cultural Week’s “One Belt, One Cultural Road” theme, but for the first time, most of the content of the event is being conducted online.

Music and dance performances, handicraft displays, culinary instruction videos, and theatre plays will be showcased online; while the first-ever “1+3” Exhibition will be held at the China-Portuguese-speaking Countries Commercial and Trade Service Platform Complex. These initiatives strengthen Macao’s role as a Platform between China and Portuguese-speaking Countries.

The online programmes of the Cultural Week will start from October 22, and feature almost 40 cultural presentations from an aggregate of 11 countries and regions around the world, namely Mainland China (Shandong Province), Angola, Brazil, Cabo Verde, Guinea-Bissau, Mozambique, Portugal, São Tomé and Príncipe, Timor-Leste, Goa Damão and Diu, and Macao. The presentations showcase the arts of music and dance, traditional handicraft skills, and the cultural heritage of China and of Portuguese-speaking countries. At the same time, the Cultural Week demonstrates how Macao’s role as a Platform is promoting cultural exchange and mutual understanding between people, and in an innovative way.

Via one-click access to the “12th Cultural Week of China and Portuguese-speaking Countries” website (semanacultural.forumchinaplp.org.mo), interested parties can enjoy cultural offerings: music and dance performance, drama, handicrafts, videos on gastronomy, and artist exhibitions, drawn from an aggregate of 11 countries and regions around the world.

The first-ever “1+3” Exhibition, at the China-Portuguese-speaking Countries Commercial and Trade Service Platform Complex, involves Forum Macao and three exhibitions by artists. They are: Alexandre Marreiros, a Macao artist; Raquel Gralheiro from Portugal; and Bernardino Soares from Timor-Leste. Their work manifests the power of the arts through painting, and photography collections.