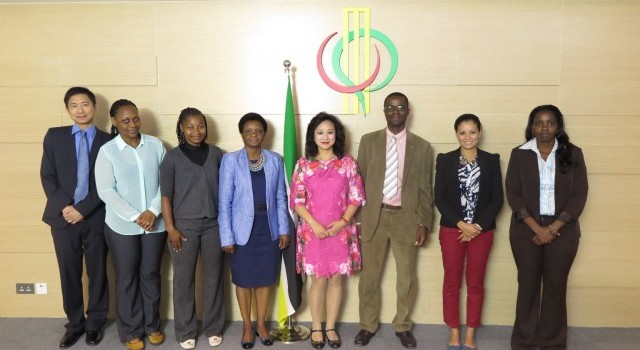 Mozambican government officials are in Macao between November 25 and 29 for an exchange visit. It has been organised by the Permanent Secretariat of the Forum for Economic and Trade Co-operation between China and Portuguese-speaking Countries (Macao), also known as Forum Macao. The exchange follows the guidelines set forth in the Strategic Plan signed at the 4th Ministerial Conference of Forum Macao regarding human resources training.

The delegation comprises five officials of the Ministry of Industry and Trade of the Republic of Mozambique. The National Director for Industry, Mateus Abelardo Américo Matusse, is leading the delegation to Macao.

During the visit, the delegation will meet with representatives of the Macao Industrial Parks Development Co Ltd to exchange opinions and experiences. The Mozambican delegation will also be briefed about Macao’s role as a platform between China and the Portuguese-speaking Countries during the visit to the Permanent Secretariat of Forum Macao.

Also included in the programme is a visit to the Macao Trade and Investment Promotion Institute and to Macau Economic Services, as well as other institutions.

The exchange is part of the efforts to enhance co-operation and development plans in the fields of education and human resources within Forum Macao, deepening the role of Macao as a service platform between China and Portuguese-speaking Countries.