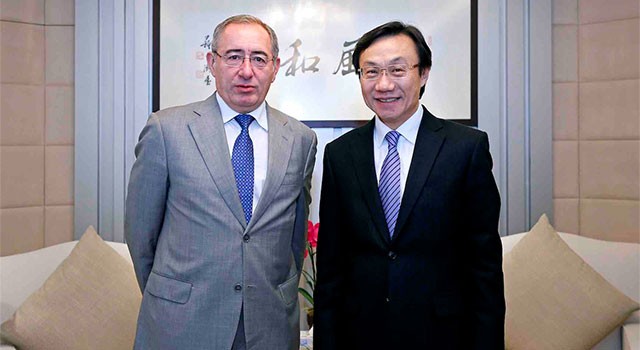 Macao could become a base for Portuguese language training to cultivate more bilingual personnel so to fulfil its position as a commercial and trade co-operation service platform between China and the Portuguese-speaking countries, the Secretary for Social Affairs and Culture, Mr Tam Chon Weng, has said.

Speaking in a meeting on 14 January with the Secretary of State for Overseas Portuguese Communities, Mr José Cesário, who was in Macao for an official visit,

Mr Tam said both governments were confident, based on the friendly relations, to achieve greater bilateral benefits by furthering co-operation in creative industry, promotion of the Portuguese language, public health, tourism and sports.

Mr Tam said a personnel exchange programme was needed as he saw great potential in co-operation.