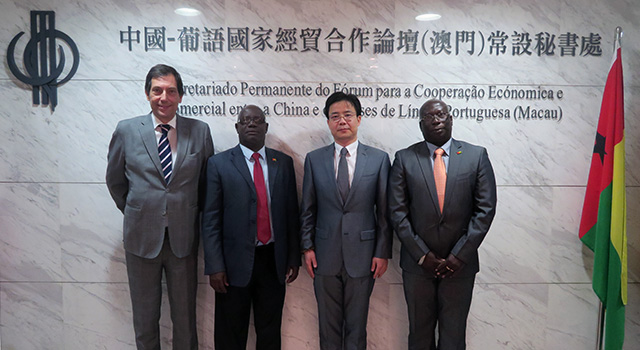 Deputy Secretary-General Mr Ding welcomed Mr Biai and gave him a brief presentation on the activities carried out by Forum Macao in the fields of trade and investment promotion, and in production capacity cooperation. Mr Ding also expressed support for a strengthening of ties in production capacity cooperation between Guinea-Bissau, Mainland China and Macao, suggesting collaboration might be achieved in a number of ways.

Mr Biai thanked the Permanent Secretariat of Forum Macao for its interest in promoting cooperation with Guinea-Bissau. He said his country attached great importance to cooperation in the field of production capacity. Mr Biai also said Guinea-Bissau wanted to make use of the China-Portuguese-speaking Countries Co-operation and Development Fund to support the economic and social development of the country.