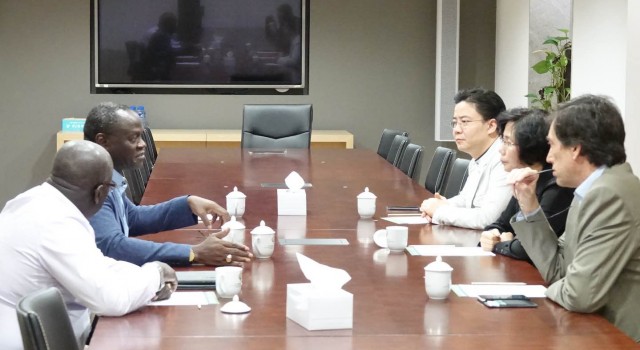 Mr Sambu introduced to Forum Macao representatives the new Honorary Consul of Guinea Bissau in the Macao SAR. The diplomat said additionally that he would like to see Chinese companies invest more in Guinea Bissau, making use of Macao’s role as a platform.

Ms Xu added that Forum Macao would continue to support the existing cooperation and investment between China and Portuguese-speaking Countries, namely by helping Chinese companies invest in Guinea Bissau.