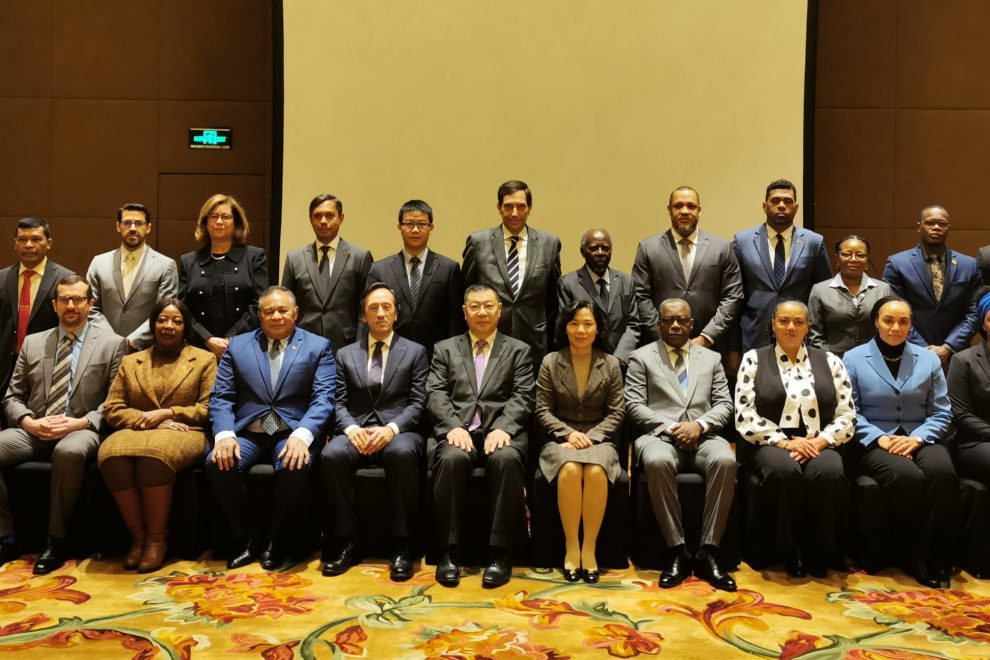 The fourth meeting of the “Working Group on Cooperation in Capacity Production” of the Forum for Economic and Trade Co-operation between China and Portuguese-speaking Countries (Macao) was held on December 16, in Beijing, to help implement Forum Macao’s “Memorandum of Understanding on Promoting Co-operation in Production Capacity”.

The meeting had about 30 participants, including representatives of two entities of the Ministry of Commerce of the People’s Republic of China: the Department of Outward Investment and Economic Cooperation; and the Department of Taiwan, Hong Kong and Macao Affairs. Other participants were either members of the diplomatic corps stationed in Beijing that represent Portuguese-speaking Countries, or members of the Permanent Secretariat of Forum Macao. The meeting was chaired by the Secretary-General of the Permanent Secretariat of Forum Macao, Ms Xu Yingzhen.

During the session, the Head of the Working Group on Cooperation in Capacity Production – and Coordinator of the Executive Office of the Permanent Secretariat of Forum Macao – Mr He Meng, made a presentation on the main tasks carried out by the working group in 2019. The Representatives of the Participating Countries of Forum Macao then delivered presentations on the progress made in capacity production cooperation by their respective countries. They noted the need to make available more financing for enterprises for projects in this area, and the need to consolidate and strengthen information exchanges. The Representatives recommended fully using the funding sources and funds currently available, in order to implement a greater number of projects. They also recommended increasing the promotion of capacity production cooperation through bilateral and multilateral mechanisms.

Mr Zheng Chao, Director General at the Ministry of Commerce’s Department of Outward Investment and Economic Cooperation, said at the meeting that it was of significant importance to deepen cooperation between China and the Portuguese-speaking Countries in all areas including capacity production; as well as in relation to the preparatory work for the 6th Ministerial Conference of the Permanent Secretariat of Forum Macao, to be held in 2020.

Secretary-General Xu stated that pushing forward capacity production cooperation between China and Portuguese-speaking Countries was the main task of the Permanent Secretariat. The meeting provided an opportunity to review the work done, to sum up the resulting experience, and to draw a clear path for the implementation of future tasks, especially the 6th Ministerial Conference and how to enhance in the following three years cooperation between China and Portuguese-speaking Countries. The Permanent Secretariat would continue work hard as always, to implement the goals agreed by all parties at the 5th Ministerial Conference.