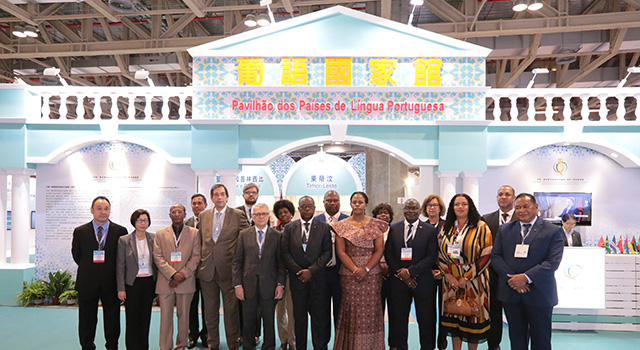 The Permanent Secretariat of Forum Macao is taking part in the 24th Macao International Trade and Investment Fair (MIF) and the 2019 Portuguese-speaking Countries Products and Services Exhibition (Macao) (2019PLPEX). The concurrent events are being held from October 17 to 19. As in previous editions, the Permanent Secretariat of Forum Macao set up a Portuguese-speaking Countries’ Pavilion at MIF to promote Macao’s “One Centre, One Platform and One Base” strategic vision.

Constant development of infrastructure in Portugal, Angola and Brazil