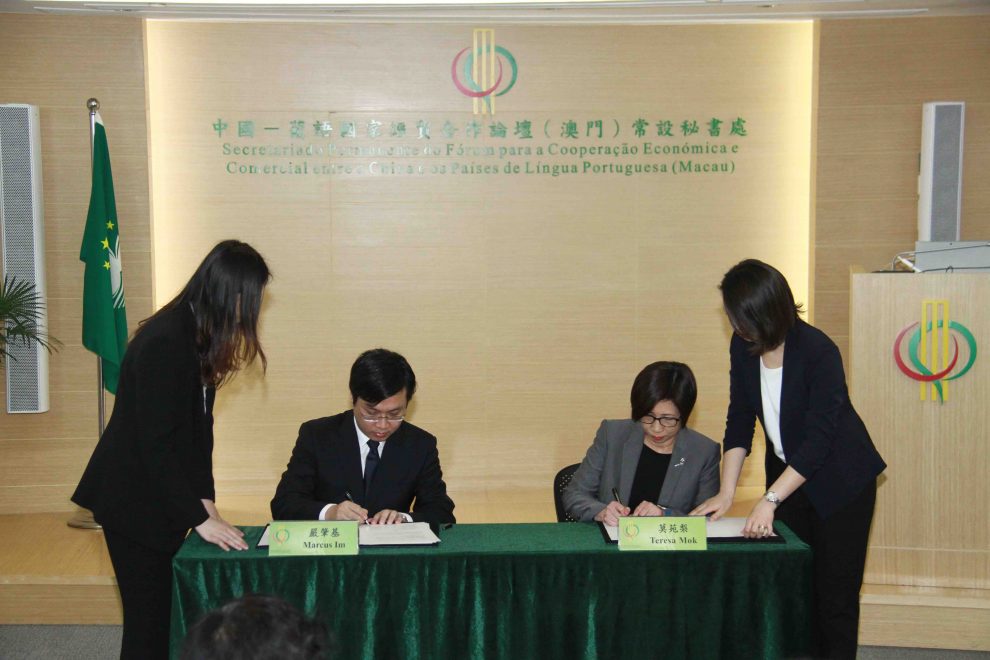 The Coordinator of the Support Office of the Permanent Secretariat of Forum for Economic and Trade Co-operation between China and Portuguese-speaking Countries (GASPF), Ms Teresa Mok, and the President of Macao Polytechnic Institute (MPI), Prof. Marcus Im Sio Kei, signed on March 21 a Cooperation Agreement on the Use of the ‘Chinese-Portuguese Official Document Auxiliary Translation System’. The agreement signed between the two sides foresees such cooperation as adding new momentum to the development of the Commercial and Trade Co-operation Service Platform between China and Portuguese-speaking Countries.

The GASPF Coordinator stressed that using new technologies such as big data and artificial intelligence would enable Chinese-Portuguese translation work to reach a new level of precision, accuracy and efficiency. MPI’s Prof. Im explained that the Chinese-Portuguese Official Document Auxiliary Translation Systemdeveloped by MPI was to help translate official documents based on the most advanced technology and using artificial intelligence. The system was – due to its accuracy in translation – one of the most advanced instruments in the world, being already in use in several public authorities and services, and had significantly increased efficiency and quality in translation work. The system had received wide recognition from its users. A demonstration of the system was carried out after the agreement signing ceremony.