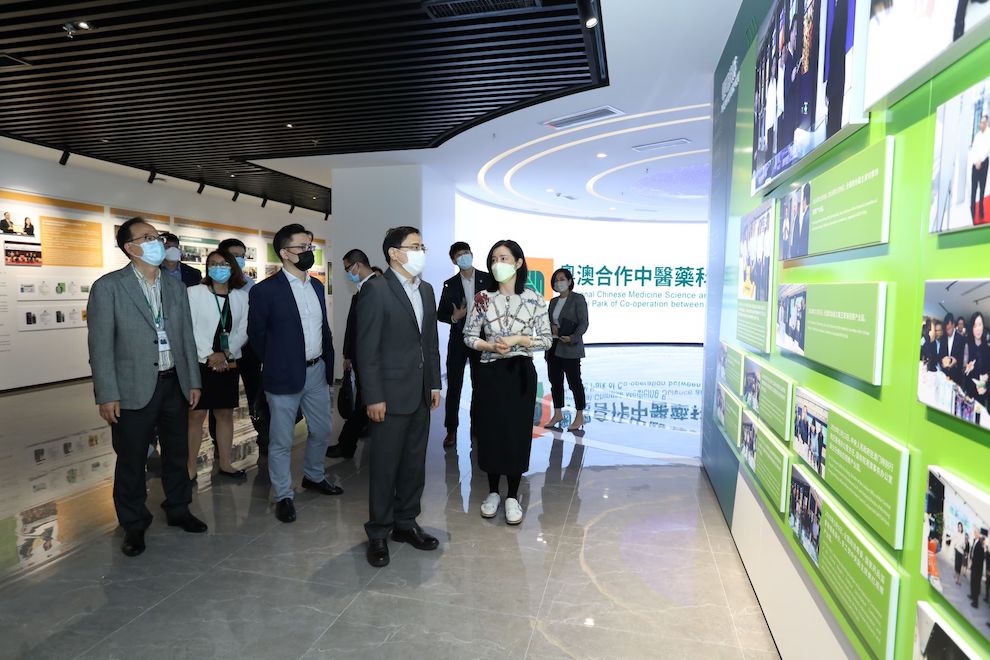 A delegation from the Permanent Secretariat of Forum Macao, led by Secretary-General Mr Ji Xianzheng, visited on January 23 the Traditional Chinese Medicine Science and Technology Industrial Park of Co-operation between Guangdong and Macao. The aim of the visit was to understand better the industrial park’s current situation, and its plans for development, as well as to explore new avenues for cooperation with Portuguese-speaking Countries.

The delegation was welcomed by the President of the Board of Directors of the Traditional Chinese Medicine Science and Technology Industrial Park of Co-operation between Guangdong and Macao, Ms Lu Hong. She made a presentation about the work carried out by the industrial park, and the planning for its development.

Secretary-General Mr Ji pointed out that the visit provided a better understanding of the development of Hengqin and the industrial park. He said the Permanent Secretariat would continue to promote economic and commercial exchanges between mainland China, Macao, and the Portuguese-speaking Countries, as part of the general development planning for Hengqin, to create more cooperation opportunities for related industries.