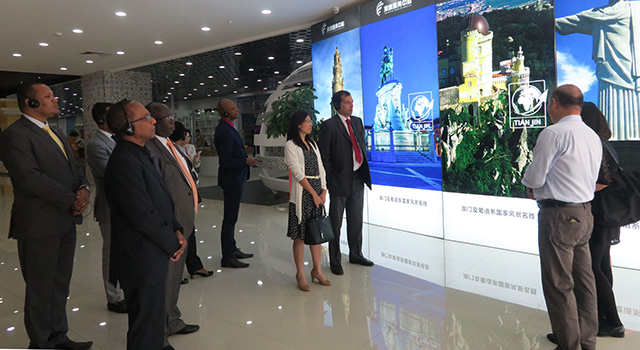 During the visit, the group had a meeting with the Deputy Inspector of the Foreign Affairs Office of the Tianjin Municipal Government, Mr Cao Hanjun. Both sides expressed commitment to furthering exchanges, taking advantage of Forum Macao as a multilateral mechanism for economic and trade cooperation; of Macao as a platform for co-operation between China and the Portuguese-speaking Countries; and drawing on the resource provided in Tianjin by the display centre for products from Macao and from Portuguese-speaking Countries. The parties also agreed to develop exchanges and cooperation between Tianjin and the Portuguese-speaking Countries in several areas, including economic matters, commerce, education and culture.