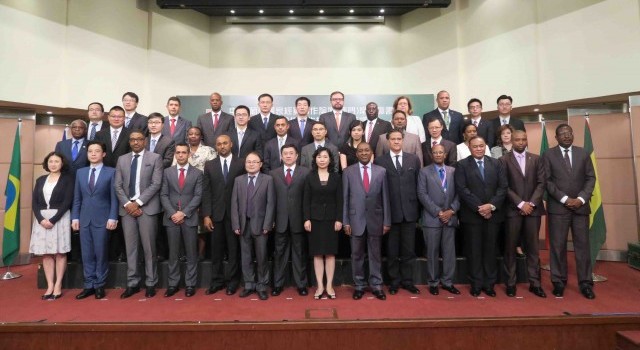 The first meeting of the “Working Group on Cooperation in Capacity Production” – under the Forum for Economic and Trade Co-operation between China and Portuguese-speaking Countries (Macao) – was held in Macao on June 1.

The “Working Group on Cooperation in Capacity Production” was established – within the framework of Forum Macao – as a result of the “Memorandum of Understanding on Promoting Cooperation in Production Capacity” signed at the 5th Ministerial Conference of Forum Macao. The participating parties have also drafted the work plan for the Working Group for 2017, aimed at studying concrete measures for implementing the content of the memorandum, and to explore a cooperation model that fits the features and the demands of each participating country.

Mr Hu Huajun, Coordinator of the Executive Office of the Permanent Secretariat of Forum Macao and head of the Working Group, briefed the participants of the Group about the tasks to be completed by it. Representatives from the participating countries at Forum Macao also introduced at the Working Group session information regarding planning on cooperation in capacity production, as well as related policies and progress on such issues in their respective countries. Representatives from the China-Portuguese-speaking Countries Cooperation and Development Fund, from the China-Africa Fund for Industrial Cooperation and the Bank of China Macau Branch respectively also made presentations at the meeting.

In order to optimise the mechanism of the Working Group and enrich its role, the Permanent Secretariat of Forum Macao will convene meetings on a regular basis, to support exchanges and strengthen promotion works.