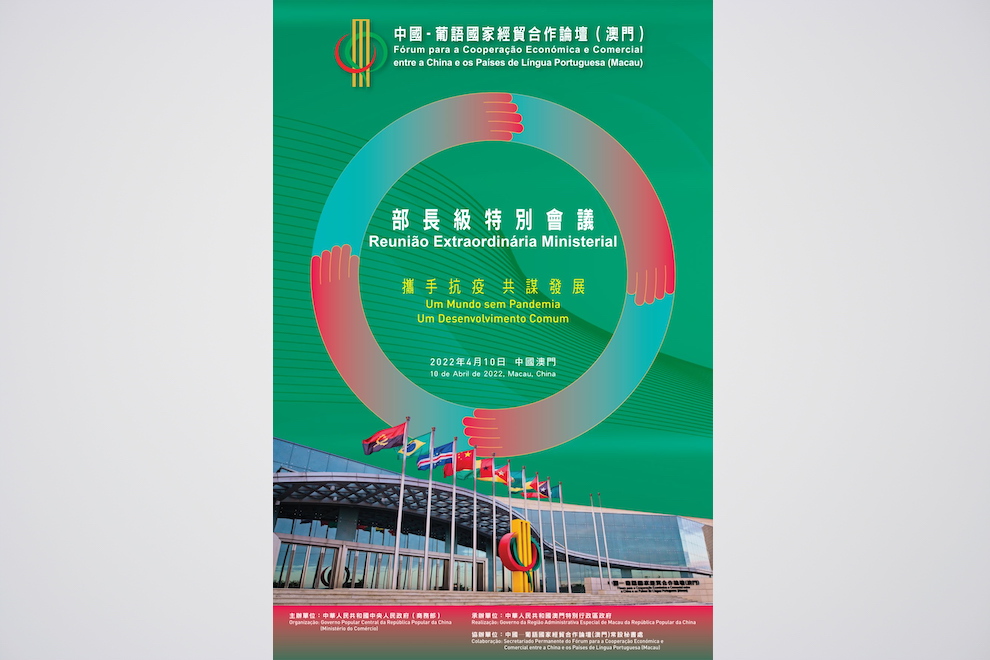 The Extraordinary Ministerial Meeting of the Forum for Economic and Trade Co-operation between China and Portuguese-speaking Countries (Macao) will be held online on April 10, 2022, simultaneously via Macao and Beijing.

The Meeting will be held in line with Forum Macao’s original aspirations and will seek to establish consensus regarding its role as a multilateral cooperation mechanism seeking to promote mutual development.

In addition, the Joint Declaration will outline, thanks to the commitment of all members of Forum Macao, a new phase for its work in several areas, including: the fight against the pandemic; promotion of economic growth; and enhancing Macao’s role as an exchange platform between China and Portuguese-speaking Countries. Such efforts would be with the aim of increasing cooperation in areas such as economic matters, trade, culture, and healthcare, between Mainland China, Macao, and Portuguese-speaking Countries.

Since its establishment in 2003, Forum Macao has been committed to implementing its Action Plans, which have been signed in each of the past editions of the Ministerial Conference. Forum Macao had achieved enormous progress in a number of areas: trade and investment; promotion of several industries; cultural exchanges; and strengthening of cooperation between the countries involved in Forum Macao.