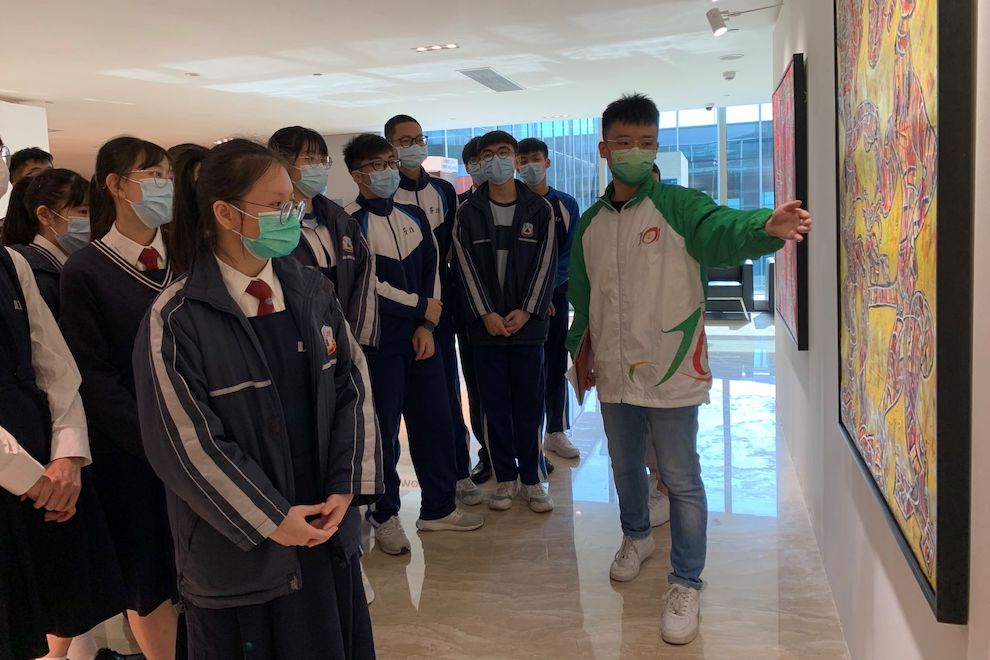 A total of 500 people visited the 17-day “Angola – My Love” exhibition, which ended on December 30, featured work by Angolan artist Mr Álvaro Macieira, and was organised in tandem with three workshops. The initiative was part of the exhibition series “Lusophone Polychromes”, part of the 13th Cultural Week of China and Portuguese-speaking Countries, organised by the Permanent Secretariat of Forum Macao.

Mr Macieira’s exhibition showcased more than 30 pieces of work showing the richness of African culture. Making use of Macao’s role as a platform, the exhibition aimed to demonstrate the diverse and traditional culture of Angola, as well as the country’s rich mythological totems and customs. The colourful artistic pieces in the exhibition portrayed the uniqueness of African culture in Angola, also expressing the capacity for harmony and beauty to exist between humans and nature. Through his works, was written a new and beautiful chapter for friendship and cultural exchange between China and Portuguese-speaking Countries.

Three related workshops were held in tandem with the exhibition, to promote further Angola’s traditional culture. The workshops were co-organised by the Angola-Macau Association, and Angolan artists in Macao were invited to teach some art crafts, including how to make traditional toys, Samakaka dolls and masks with painting and collage decorations. Local residents, particularly young students, were enthusiastic in participating in the activities.

To learn more, please visit the website of the Cultural Week of China and Portuguese-speaking Countries (https://semanacultural.forumchinaplp.org.mo/).