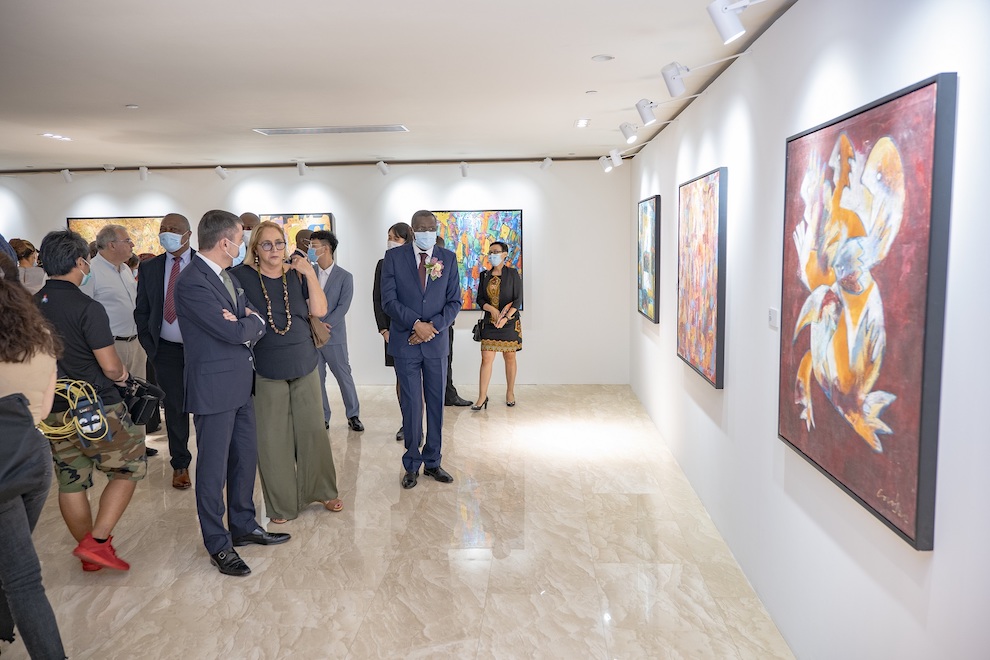 A total of 190 people visited the 15-day “Different encounters” exhibition, featuring work by Mozambican artist José Estevão Manhiça, that ended on September 19. It was part of the exhibition series “Lusophone Polychromes”, within the 13th Cultural Week of China and Portuguese-speaking Countries, organised by the Permanent Secretariat of Forum Macao.

The exhibition by José Estevão Manhiça brought together some 20 pieces of artwork, employing a wide range of colours to capture the spirit of the people of Mozambique.

In tandem with the exhibition, the Association of Friends of Mozambique held a total of three workshops. Several invited artists taught participants Tufo dance and its rhythms, the Xigubo warrior dance, and the traditional Marrabenta dance. The workshops also featured several Mozambican traditional games such as Pindjonce, Neca, and N’Txuva, the latter also known as African chess. The overall goal was to take participants on a voyage of discovery around the culture of Mozambique.

The workshops attracted the participation of many local people.

They unanimously said the innovative combination of an exhibition and workshops offered citizens a chance to learn more about Mozambican history and traditional culture, strengthening Macao’s role as a place where cultures from China and from Portuguese-speaking Countries meet.

To learn more, please visit the website of the Cultural Week of China and Portuguese-speaking Countries (semanacultural.forumchinaplp.org.mo).