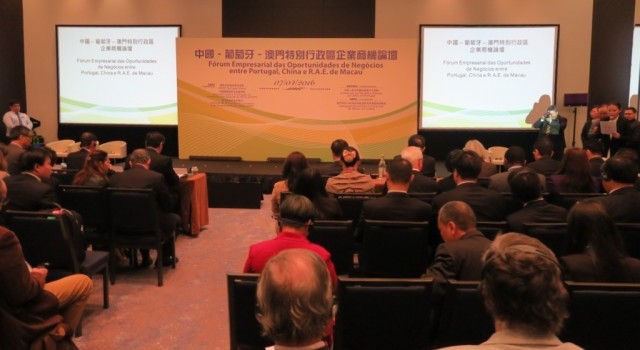 On the visit to Portugal – from April 6 to 7 – the delegation met with the President of AICEP Portugal Global (the Portuguese Trade and Investment Agency), Mr Miguel Frasquilho. The delegation also had meetings with Portugal’s Secretary of State of Internationalisation, Mr Jorge Costa Oliveira, and Portugal’s Secretary of State of Industry, Mr João Vasconcelos.

The meetings enabled an exchange of information about the work done by Forum Macao and helped the participants understand how to make use of the cross-border service platform provided by Macao.

After visiting Portugal, the delegation of the Permanent Secretariat visited Guinea-Bissau to participate in the Business Meeting between China, Portuguese-speaking Countries and Macao, an event held between April 8 and 10. During its visit, the delegation had several meetings with the authorities in Guinea-Bissau.