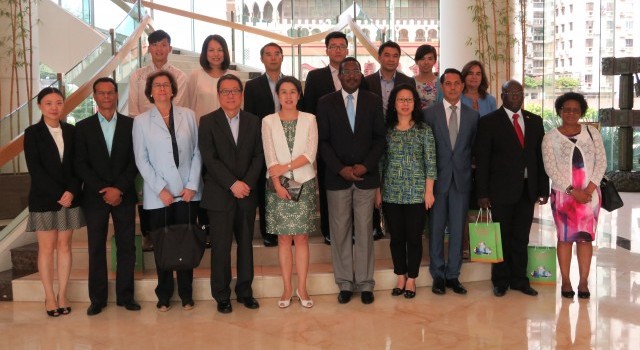 A delegation from the Permanent Secretariat of the Forum for Economic and Trade Co-operation between China and Portuguese-speaking Countries (Macao) – also known as Forum Macao – went, on the afternoon of August 27, to the Office of the Commissioner of the Ministry of Foreign Affairs of the People’s Republic of China in the Macao SAR. The visit was to view a calligraphy and painting exhibition from famous artists of the Zhejiang School.

The Secretary-General of the Permanent Secretariat of Forum Macao, Mr Chang Hexi, led the delegation.