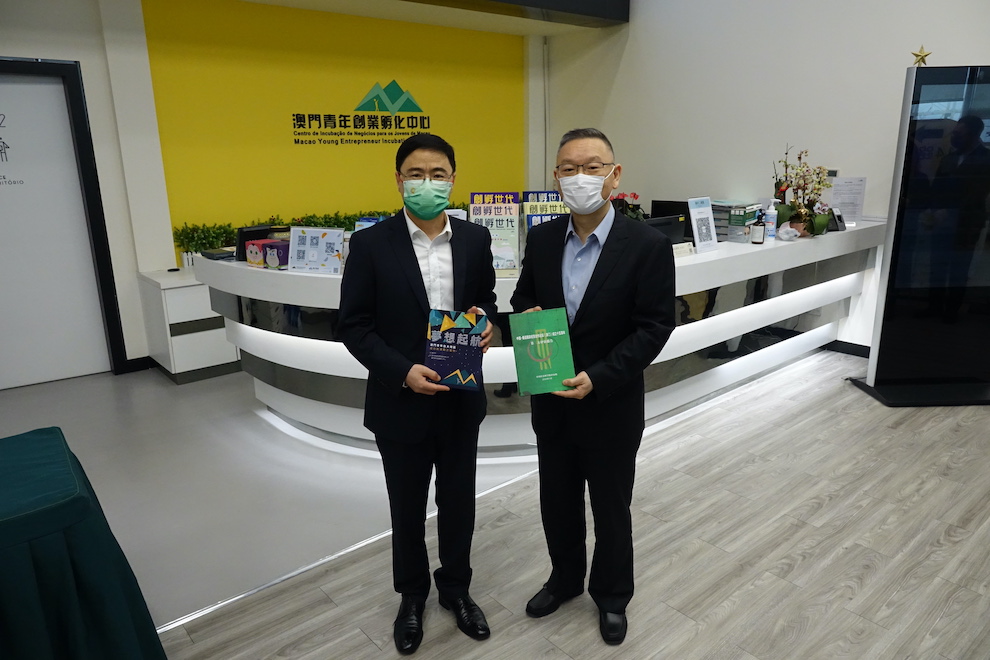 A delegation from the Permanent Secretariat of Forum Macao, led by Secretary-General Mr Ji Xianzheng, visited on April 13 the Macao Young Entrepreneur Incubation Centre (MYEIC). The aim of the visit was to learn more about the role of the MYEIC, and its existing cooperation with Portuguese-speaking Countries.

The delegation visited the MYEIC’s workspaces for start-ups, the centre’s meeting rooms, and its roadshow hall. The Forum Macao delegation was accompanied during the visit by the Chairman of the Board of Directors of the MYEIC, Mr Chui Sai Peng.

Secretary-General Mr Ji said during an exchange session with representatives from the MYEIC that the visit had provided members of the Permanent Secretariat of Forum Macao with a detailed understanding of the MYEIC. He said the Permanent Secretariat would continue to promote Macao’s role as a cooperation platform, integrating resources from China and the Portuguese-speaking Countries, in order to boost economic and trade cooperation, so as to broaden the prospects for entrepreneurship and innovation among young people from Mainland China, Macao, and the Portuguese-speaking Countries.

CREG tunneling machine will be sent to Brazil